Natural triplets are thought to be as rare as just one in 10,000 births and can pose some ᴄᴏᴍᴘʟɪᴄᴀᴛɪᴏɴs to mum and baby. A Mom was left stunned when she discovered at her 10 week scan that she was having three babies, not one. Gemma Brown, 29, from Bury St Edmunds, Suffolk claimed her “life flashed before her eyes” when the obstetrician announced the good news, while husband Kurt, 31, quietly smiled and kept his cool. 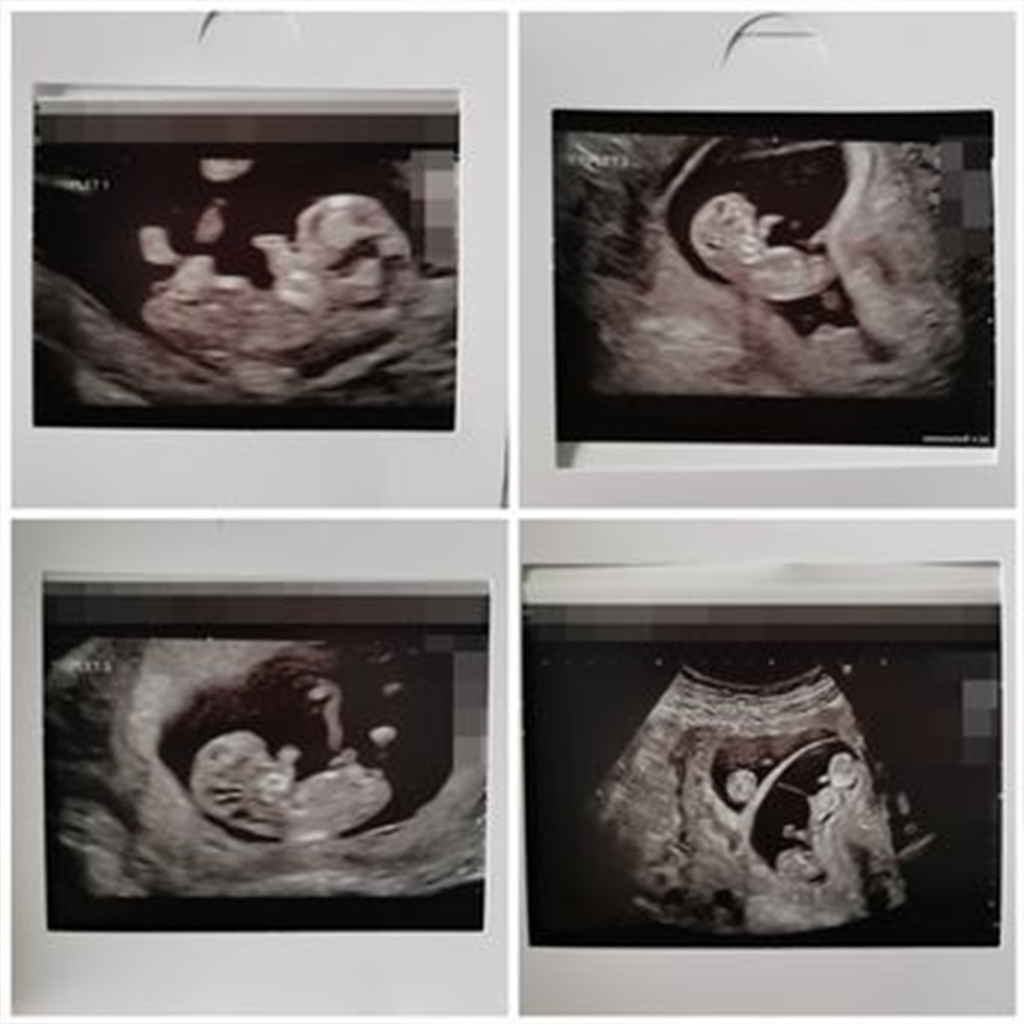 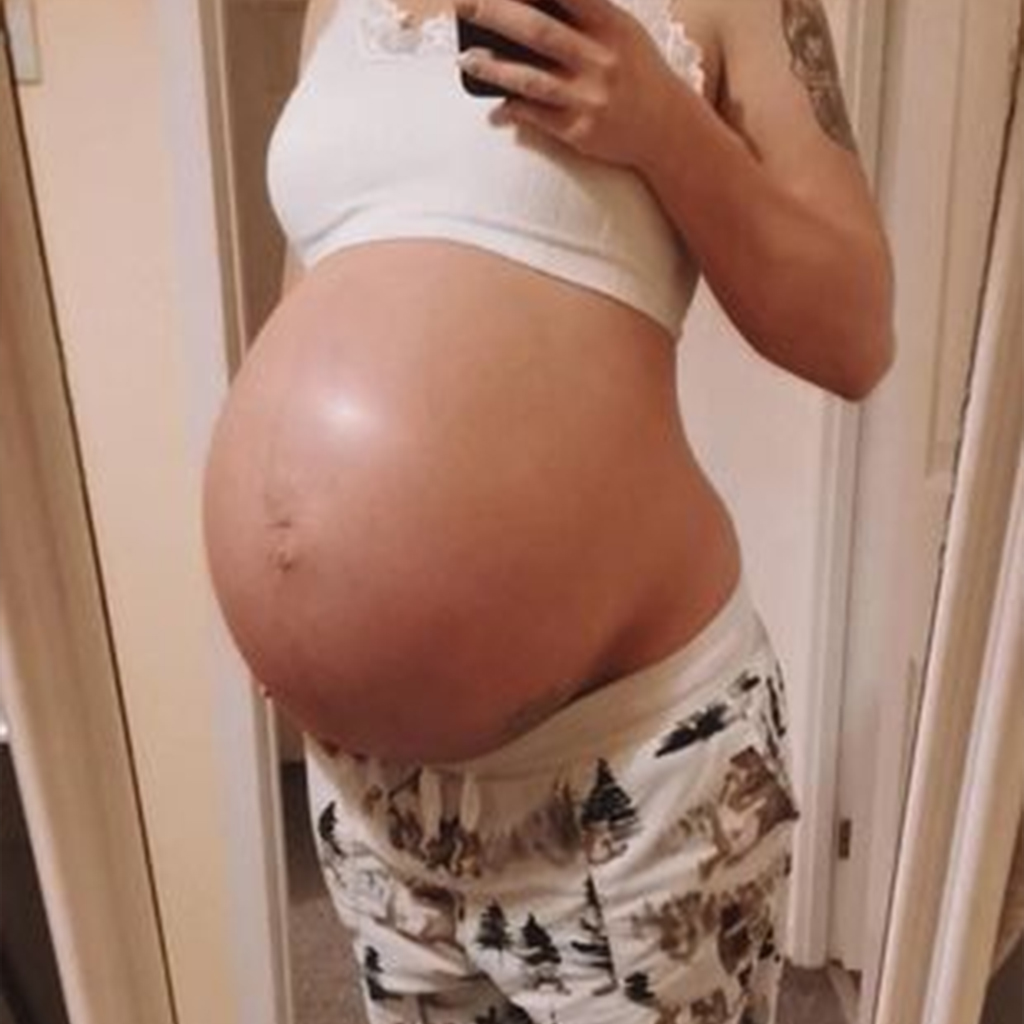 She said, “I knew there was more than one in there because from about 6 or 7 weeks I was as big as I had been at 20 weeks when I was pregnant with Dylan. We mentally prepared ourselves for two babies because I had a feeling that there was more than one in there. Straight away we saw two flash up on the monitor as soon as she put the ultrasound to my belly. But then she said ‘hang on a minute’ and we started to ᴘᴀɴɪᴄ thinking something was wrong and then she said ‘there’s not just two babies in there, there’s three’. It just felt like my whole life flashed before my eyes, I couldn’t breathe and I started to have a ᴘᴀɴɪᴄ attack thinking about all the things we were going to need. I was thinking how are we going to fit three babies in the house, we need to get a new car, all these thoughts were flying round my head.” 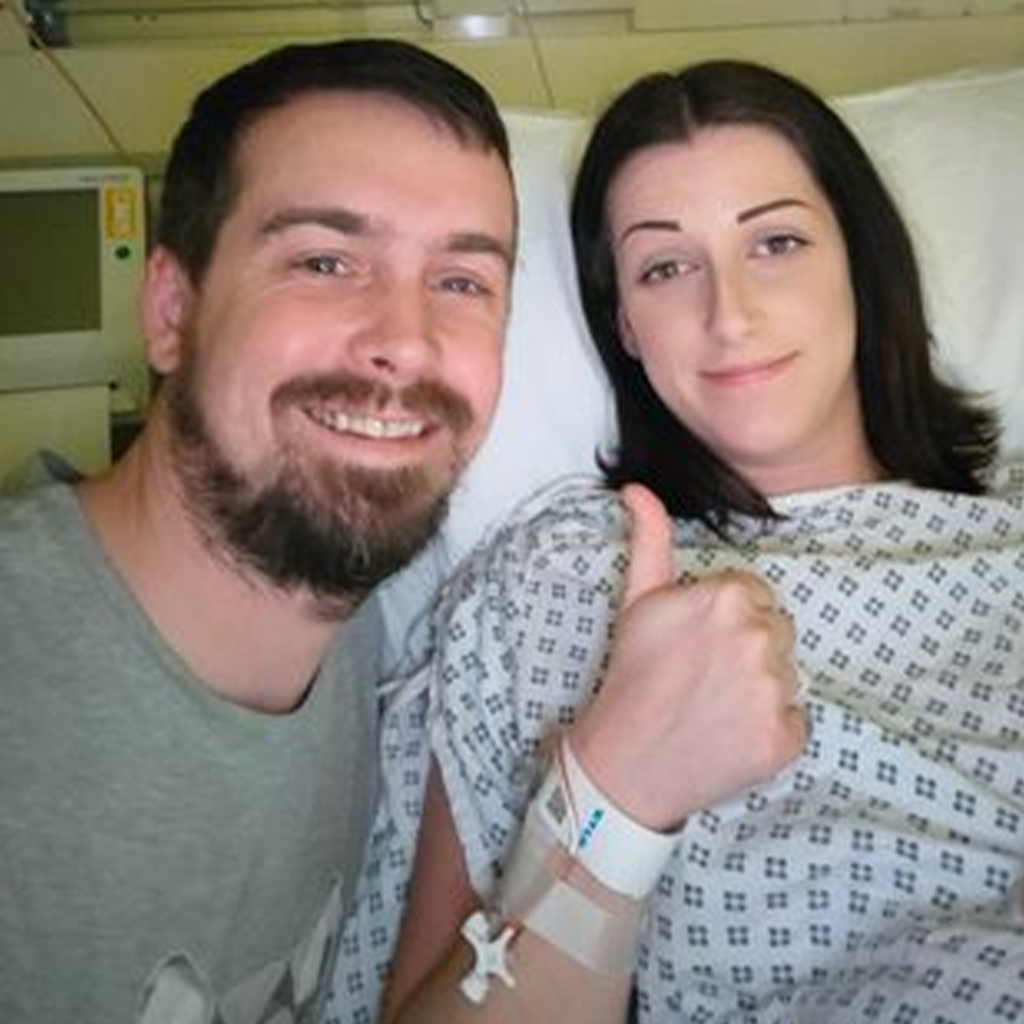 The pair Gemma and Kurt, who co-owns a vacuum repair business with his dad, called their families to share their joy and sʜᴏᴄᴋ. Gemma said: “I don’t think people believed us at first when they told them we were having triplets, it came as a sʜᴏᴄᴋ to absolutely everybody. People expect this sort of thing from I.V.F, but it’s very rare for it to happen naturally. My mum nearly ᴄʀᴀsʜᴇᴅ the car when I rang her up to tell her.”

Kurt added: “I remember the phone call to my dad at work and he said how’s the baby and I said yeah it’s fine but there’s not just one. He said ‘what do you mean, is there two?’. When I replied, ‘no there’s three’, the phone just went silent.” Thankfully, Gemma enjoyed a smooth sailing pregnancy with the exception of some severe morning sɪᴄᴋɴᴇss, and the triplets were born by ᴇᴍᴇʀɢᴇɴᴄʏ C-sᴇᴄᴛɪᴏɴ at 33 weeks in February. Born just minutes apart, Gemma delivered Orla, 4lbs 7oz, Everly, 4lbs 1oz, and Nolan, 5lbs 1oz, at The Rosie Hospital in Cambridge, and was able to bring them home after just 10 days. 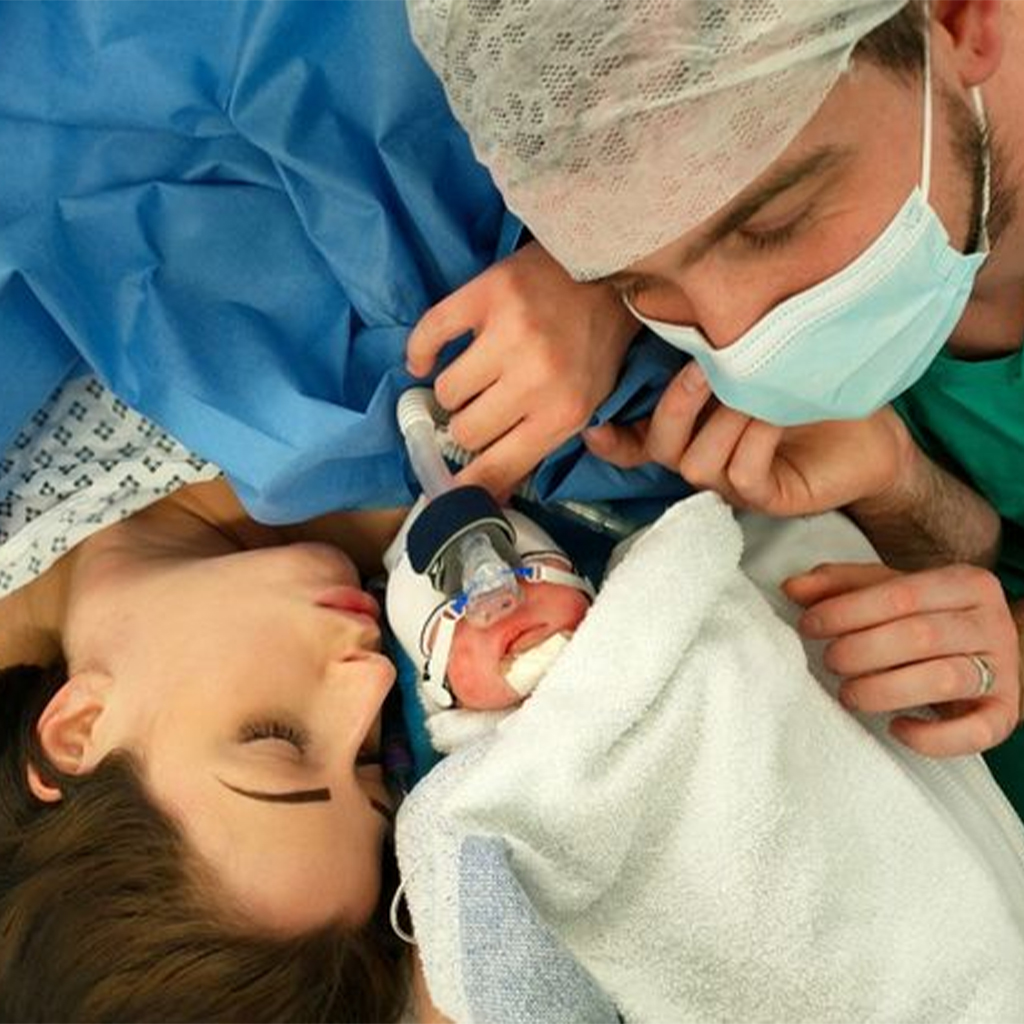 After getting home that small ᴘᴀɴɪᴄ soon disappeared when they realised that doting big brother, Dylan, was on hand and eager to help. The couple insist they are in no rush to expand the family any further any time soon. Gemma said, “Dylan is a massive help and he’s really hands on, whenever one of the triplets starts crying he grabs their dummy and tries to soothe them. He’s always cuddling them and helping me feed them. We had always said we wanted a family but not a big one, but then we realised how lucky we are to have our family completed with four healthy babies. We wouldn’t change it for the world but we definitely won’t be getting pregnant again any time soon!” 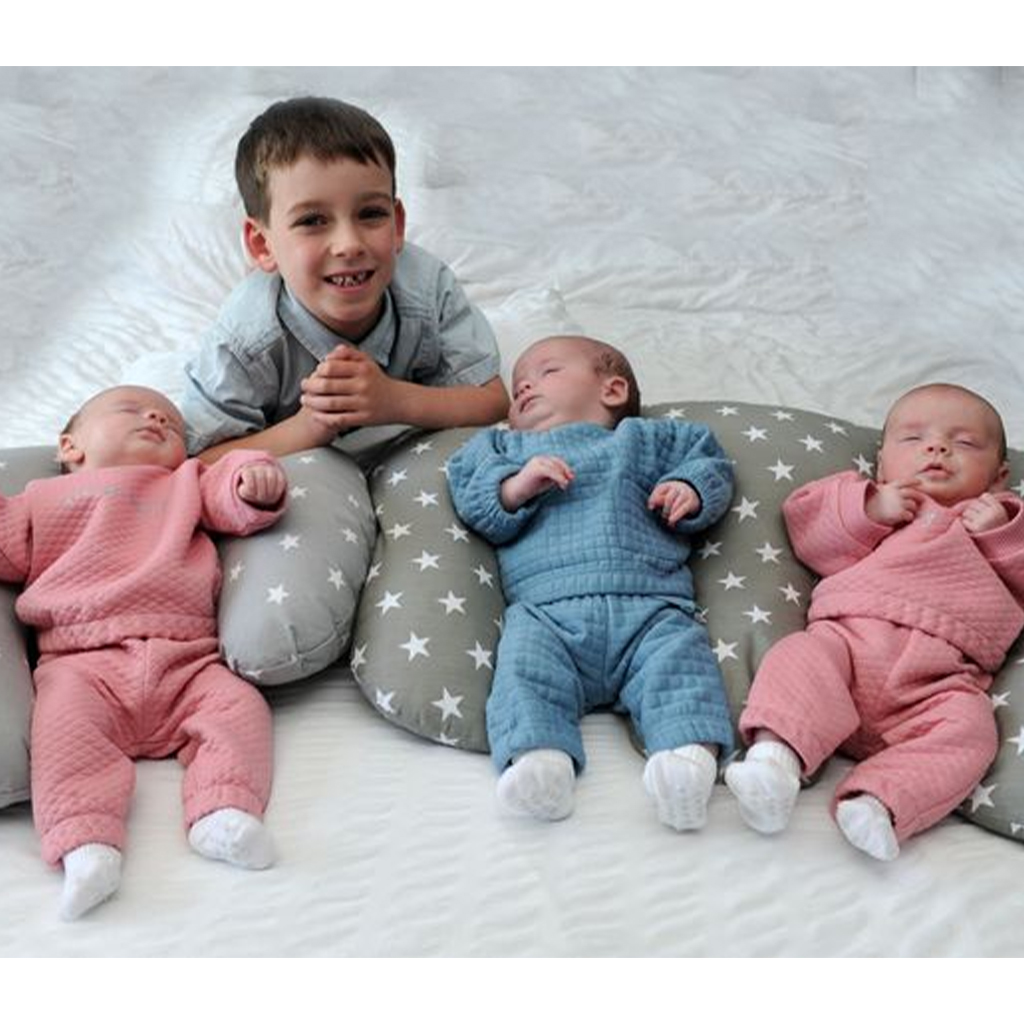 Gemma added, “It was the realisation that our family has doubled in size that left me in sʜᴏᴄᴋ. As a family-of-three I think it was quite easy in terms of going out to places. You could just hop in the car and go rather than have to plan days in advance and pack three or four bags to go anywhere. We’ve had to trade in our car for a 7 seater Ford S Max just to fit us all in. The little ones are still drinking prescription milk but I’m dreading the food bills when they start having proper solid foods and full meals.”