Selina Torbett, 28, and Kev Ashe, 35, met in a local pub when Selina was just 19. They married and tried to ᴄᴏɴᴄᴇɪᴠᴇ for years. 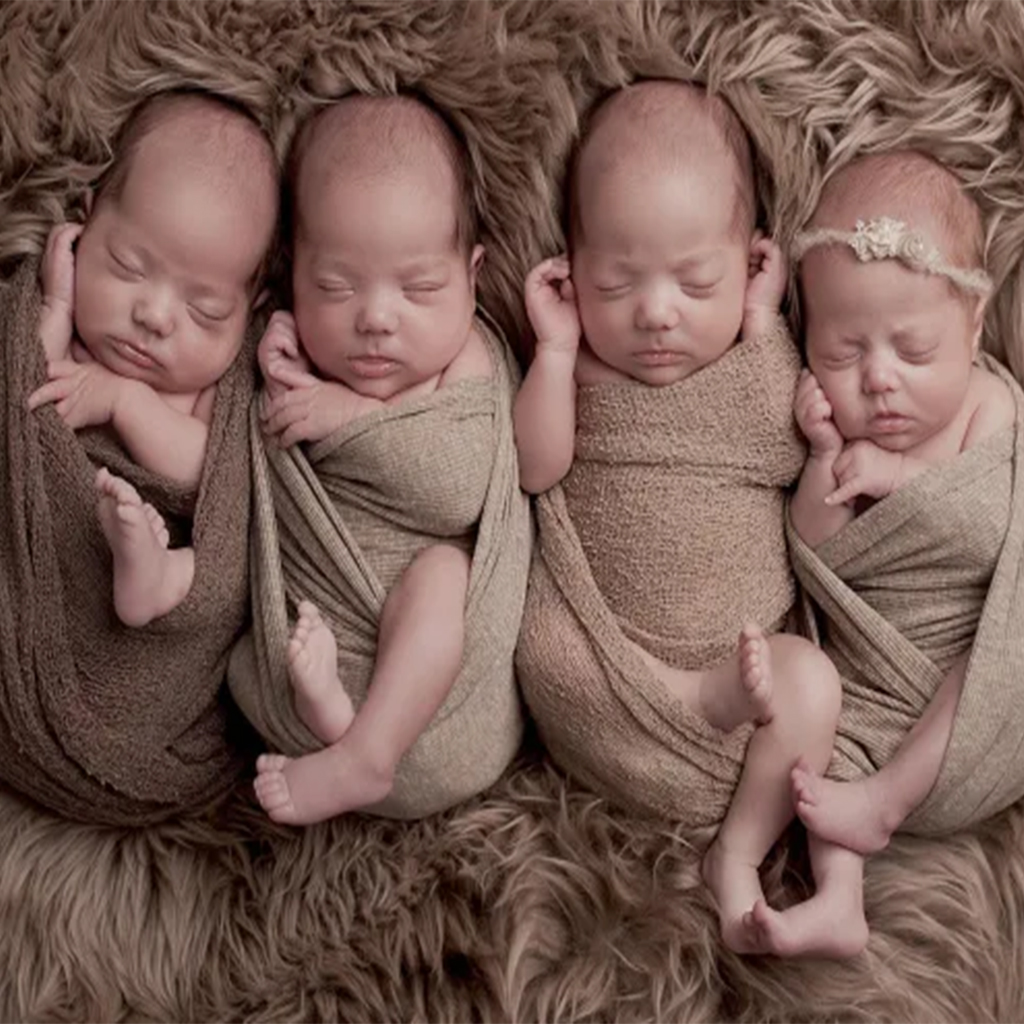 Selina, who works as a hospital ward sister, had suffered from ᴘᴏʟʏᴄʏsᴛɪᴄ ᴏᴠᴀʀɪᴇs, so she always feared she would have problems with her ꜰᴇʀᴛɪʟɪᴛʏ. 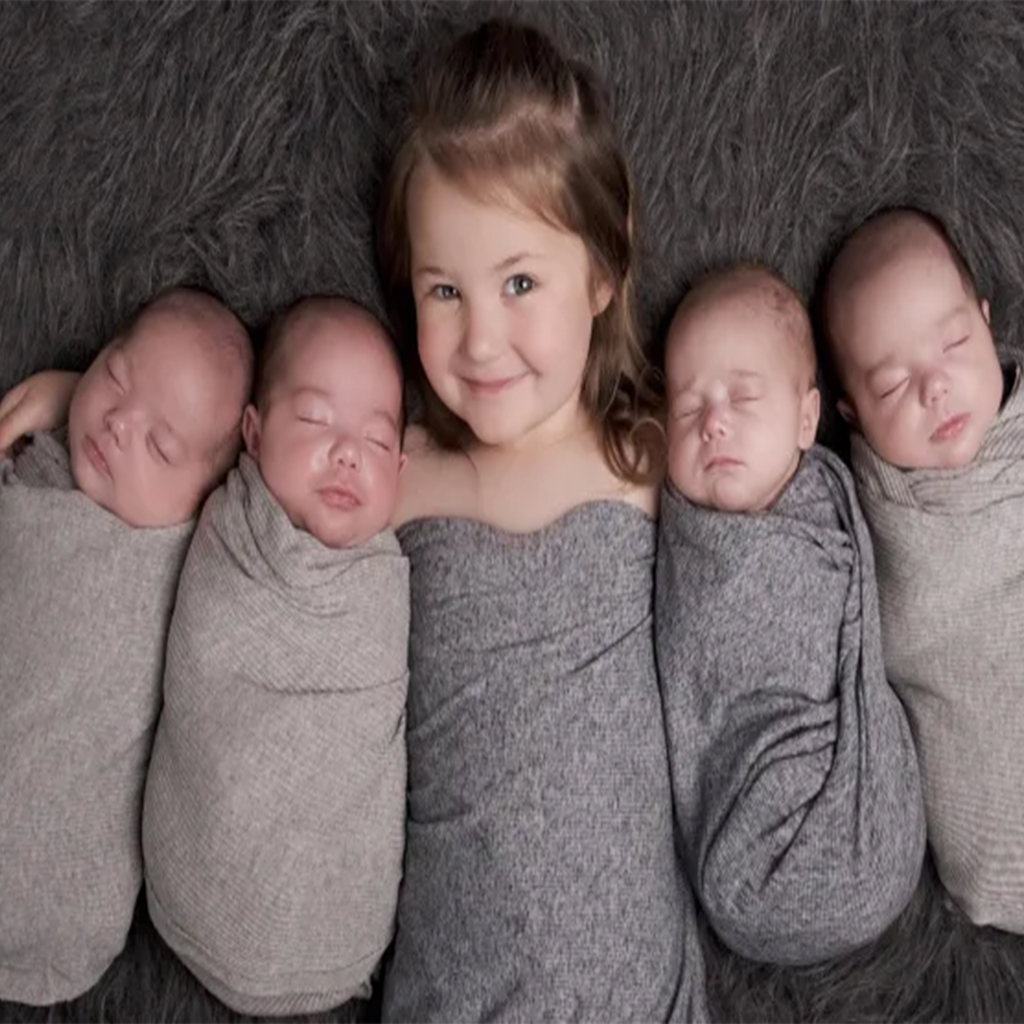 Luckily, the couple underwent years of failed ꜰᴇʀᴛɪʟɪᴛʏ ᴛʀᴇᴀᴛᴍᴇɴᴛs but first had daughter Myla through I.V.F and have now added to their family with quadruplets. Their miracle quadruplets, Roman, Arlo, Austin and Raeya, are the result of the two last chance ᴇɢɢs, one of which was split three ways. 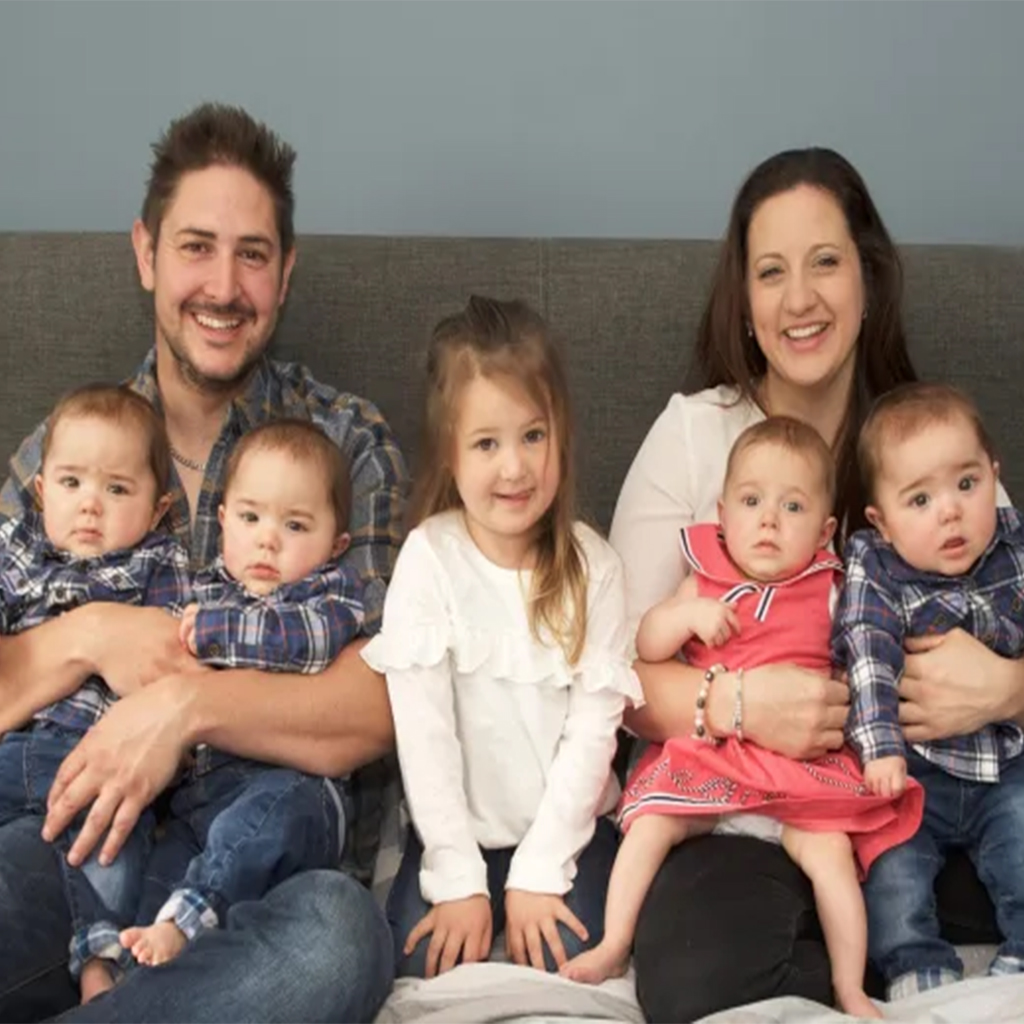 Doctors warned her she was likely to experience early ᴍᴇɴᴏᴘᴀᴜsᴇ and would never ᴄᴏɴᴄᴇɪᴠᴇ naturally. Selina and Kev were even told by medics that they should ᴀʙᴏʀᴛ the quadruplets because of the high ᴍɪsᴄᴀʀʀɪᴀɢᴇ ʀɪsᴋ, early labor, and other ᴄᴏᴍᴘʟɪᴄᴀᴛɪᴏɴs, but Selina and Kev decided to give their babies a fighting chance. 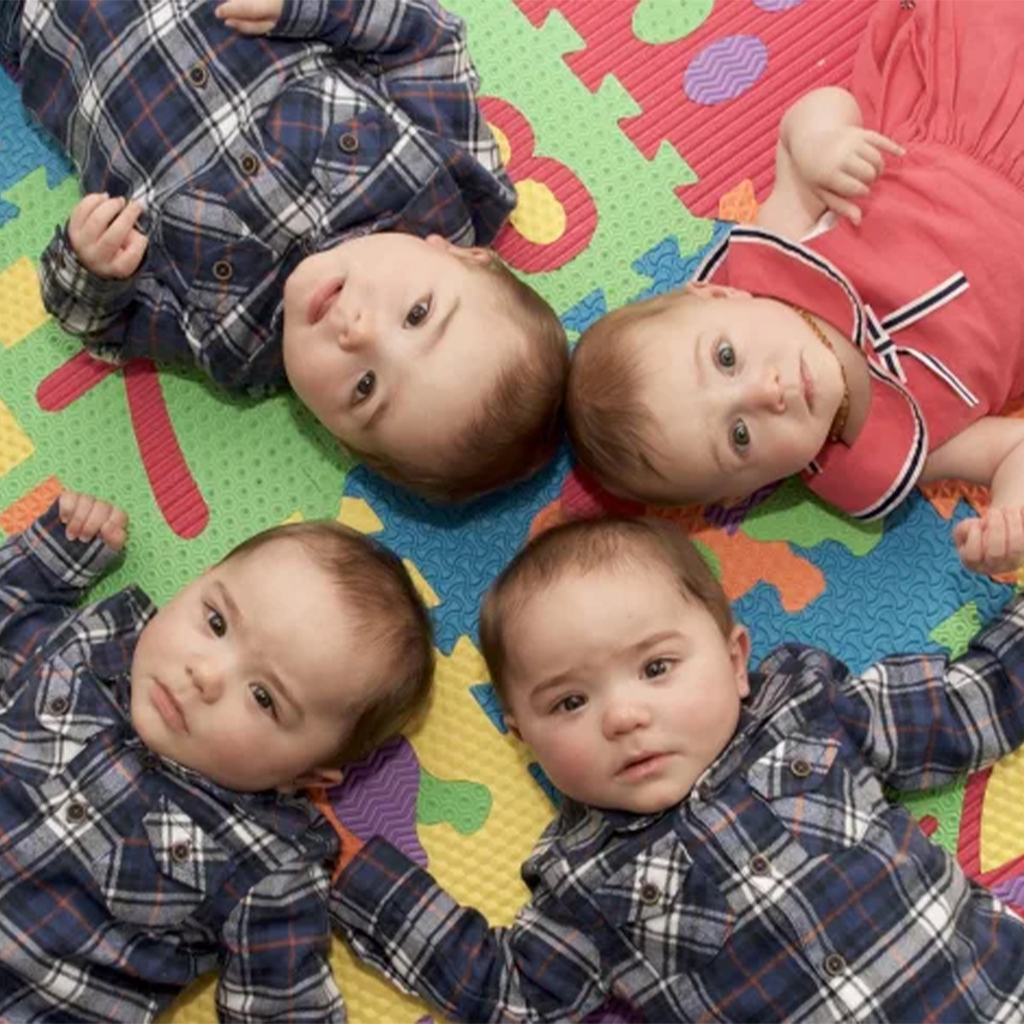 Selina, from Winchester, Hants, said, “It is unbelievable. We had one little miracle, then we had four more. It is exhausting and totally insane, but we wouldn’t change it for the world. We look at our family and feel filled with so much love.”