The 99-year-old met her 100th great-grandchild up close and her joy was indescribable.

It was a once-in-a-lifetime event for Marguerite “Peg” Koller, also known as “grandmom” to Christine Stokes Balster and her husband Patrick Balster, who was “absolutely ecstatic” to greet baby Koller William Balster after his birth on Aug. 4. 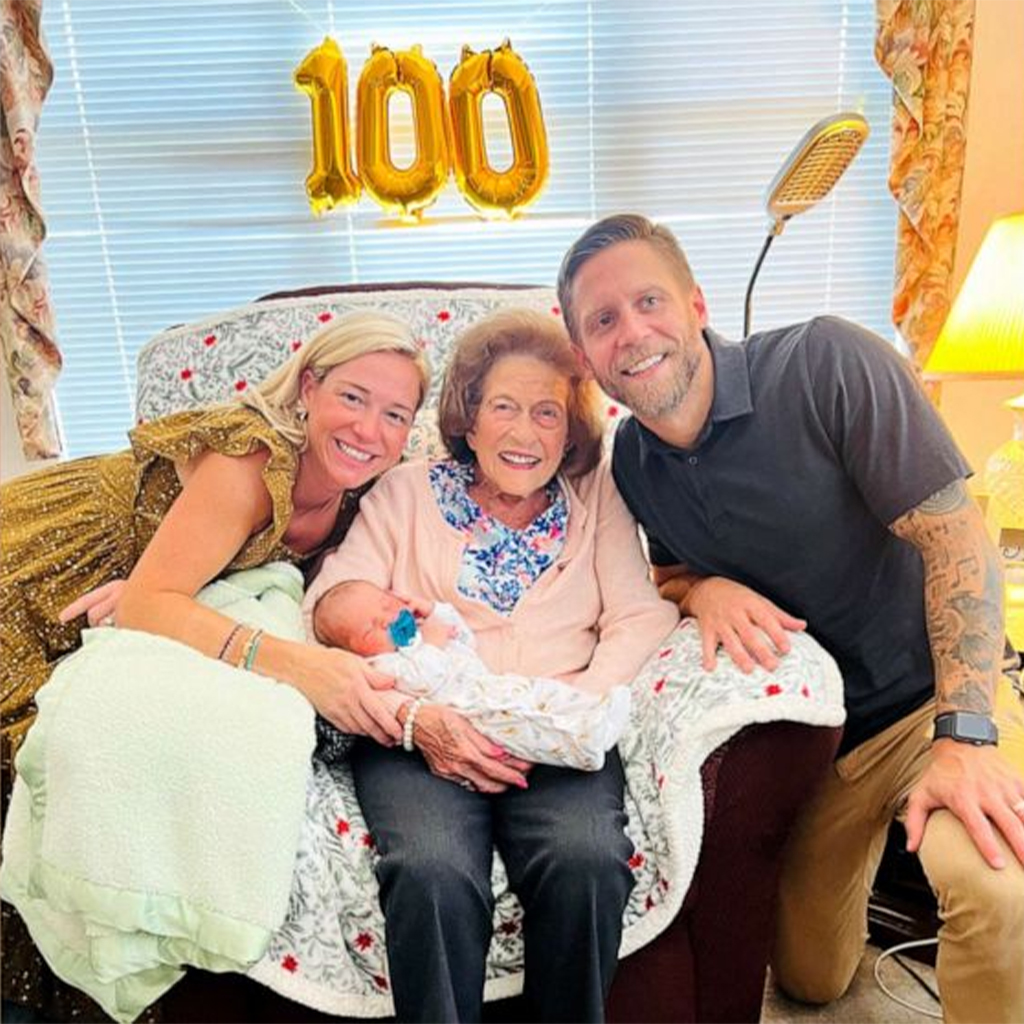 A 99-year-old woman from Pennsylvania met her 100th great-grandchild at a celebration organized by her family especially for the purpose. Grandma Peg Koller, as she is called, was overjoyed to hold in her arms the newest member of her large family, who was named after his great-grandfather. 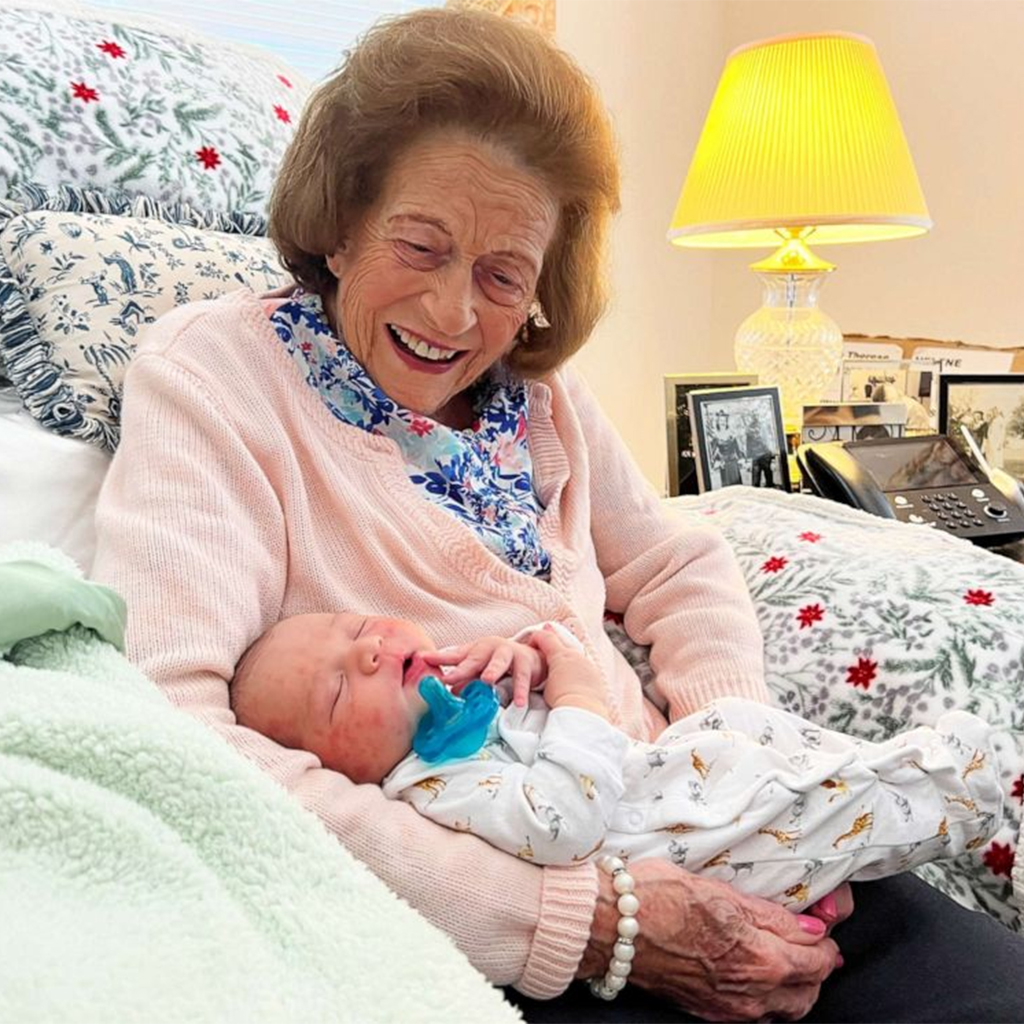 The 99-year-old has a total of 11 children, 56 grandchildren and 100 great-grandchildren and as stated by Christine Stokes Balster, mother of the newborn, she is particularly happy that her son belongs to such a large and close-knit family.

Koller is the second child for Stokes Balster and her husband, who are also parents to Griffin David Balster, 22 months. Peg Koller will be 100 next November and the Balsters are looking to spend as much time with her as they can. 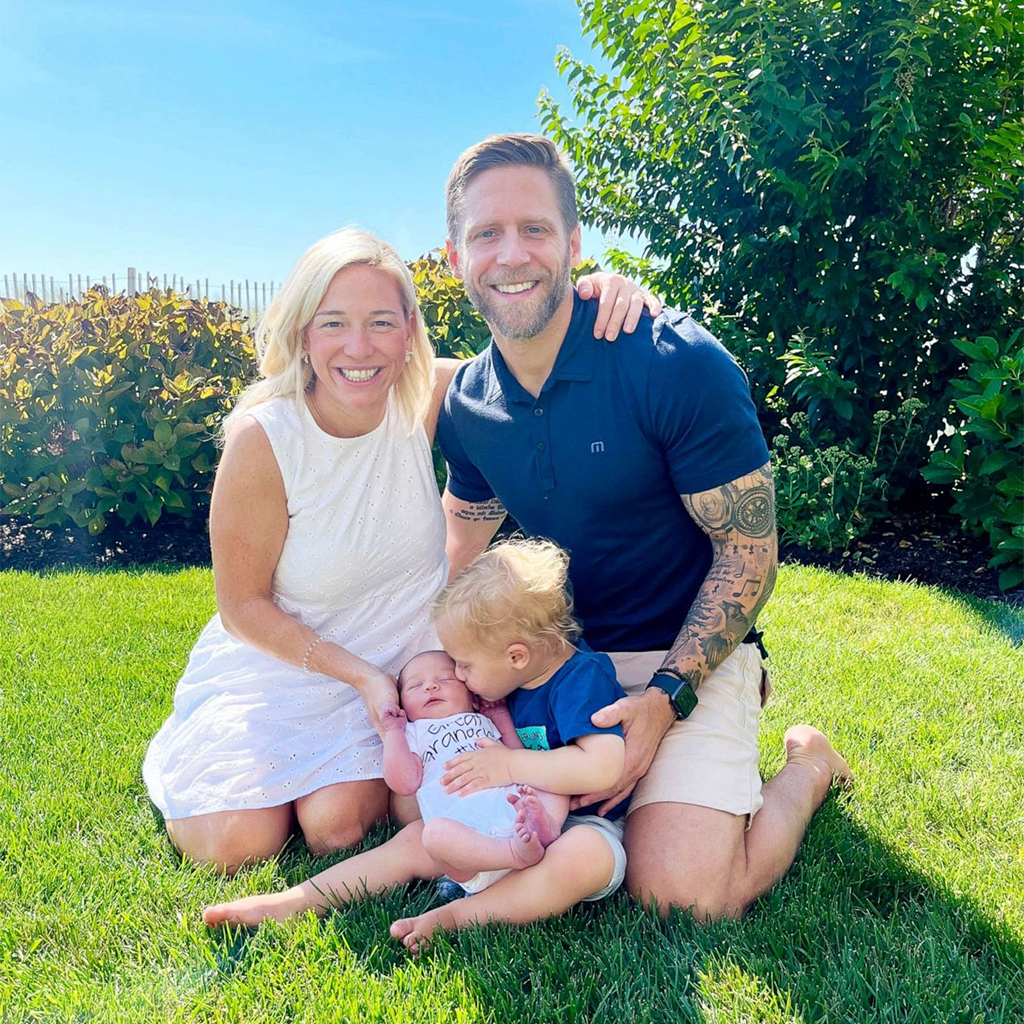 And if you wonder what the secrets of her longevity are, her children give their own answers.

In particular, they believe that it is due to her good physical condition, as she works out every day, and the love she generously gives to her family all these years.

“Faith and family have really helped her,” says family member Stokes Balster. “She is present in whatever happens despite her age. I mean she hasn’t missed a single graduation, baptism, wedding, or a kids’ school play. She is by our side, always there,” she added.