For those parents who wish to honor their child with a name that disregards traditional naming styles and has its unique call, then this list of hipster baby names is for you. The word hipster itself means someone who stays outside the zone created by cultures and traditions, which means that hipster names offer a sense of freedom and liberation. With this contemporary hipster theme, you can name your baby anything that seems chic to you. And if you need some help, here is our compiled list of such bohemian names.

Cherubina, the variant of the word cherub would make a hip name for your baby girl. This name came up in Rome in the year 1527.

2. Hazel:
Would you believe if we say that this sweet sobriquet name was considered wacky at a time?

3. Zoete:
This adorable name is a Middle Dutch word for ‘adorable and sweet’.

4. Kai:
With its exotic roots, easy pronunciation and its appropriateness for both girl and guy, Kai would make an ultimate hipster name for your child.

5. Unica:
There’s no way your daughter won’t like this name. Unica is the Latin word for ‘unique and sole’. It appeared in England in 1552.

6. Idony:
Why don’t you name your daughter Idony, inspired by Iðunn, the Old Icelandic name of Goddess of youth and apples? 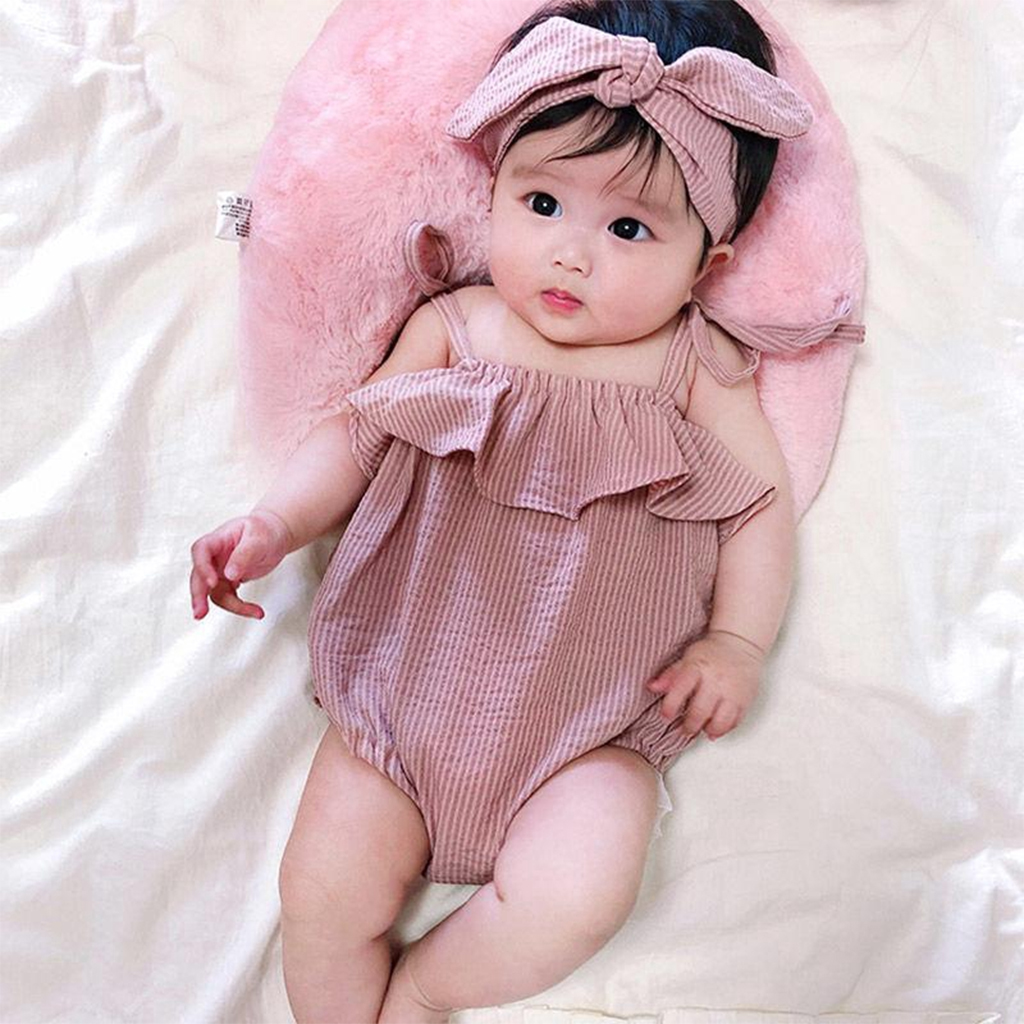 7. Anais:
This moniker is popular for its alluring pronunciation and its namesake, Anaïs Nin, the author of the popular book “Incest”.

8. Clementine:
The name of a hybrid between a sweet orange and mandarin has a slash-y cred to it. It means ‘mild and merciful.’

9. Ysoria:
This moniker is related to the Latin word Isaura, a name derived from the region of Isauria in Asia Minor.

12. Callie:
This Greek name, meaning ‘the most beautiful’ would make a nickname for various names like Calandra or Calantha.

14. Cleo:
Cleo, meaning ‘glory’ has a sassy and slick ring to it. It’s also the nickname of one of the most influential women in the history (Cleopatra).

16. Blair:
This moniker has a tomboyish feel to it. Blair means ‘dweller on the plain.’ 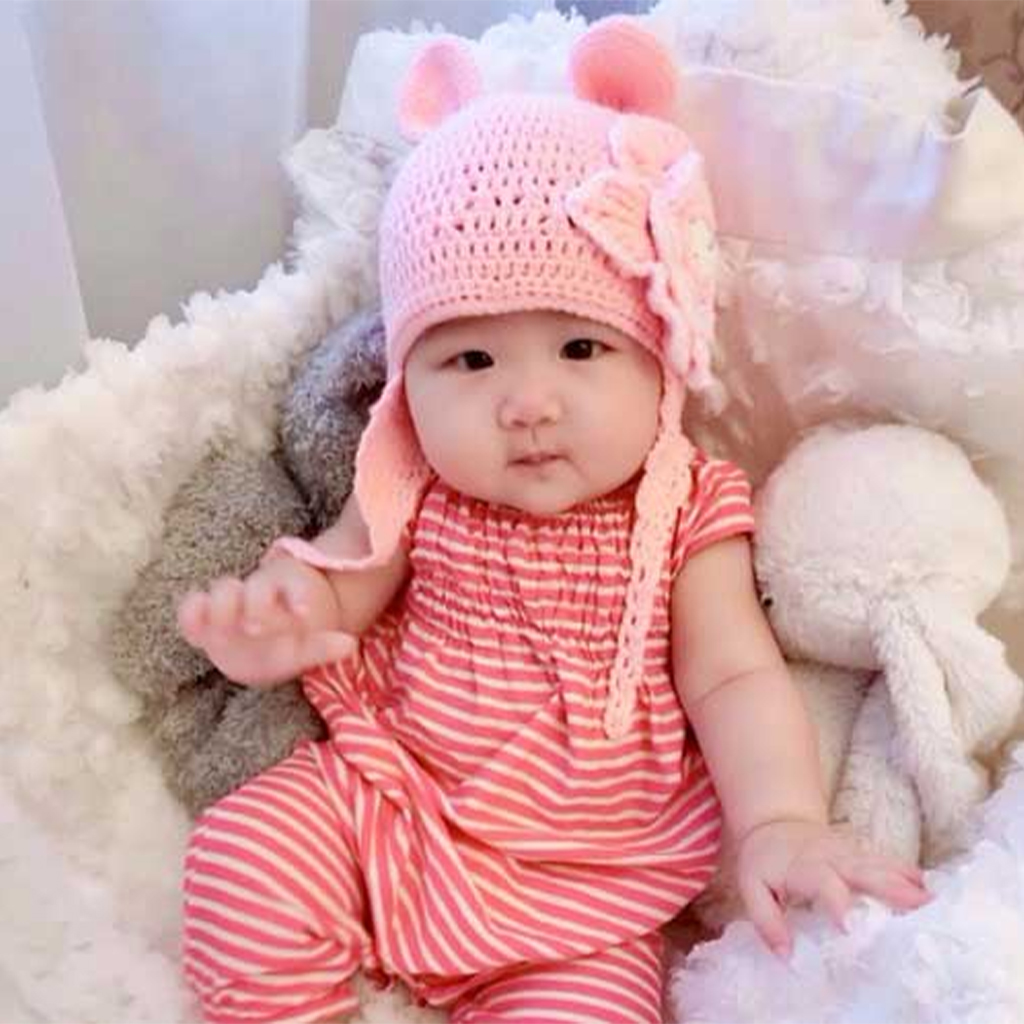 17. Daisy:
We can see a few raised eyebrows already! But we recommend this name for its ultimate retro appeal.

18. Edie:
This name brings to mind a girl with bangs, big eyes and monochrome smocks. It means ‘prosperous in war.’

19. Enid:
This name started appealing to parents after appearing in “Ghost World”. It means ‘life.’

20. Ethel:
Ethel was the name of the Ugly Duckling in “Archie”. So just like the hipsters, make ugly the new beautiful by bestowing this name on your daughter.

21. Tallulah:
It started as an anglicized version of the Irish name Tuilelaith, but has now become a favorite with hipsters all around the world.

23. Dixie:
Dixie is a saucy, hip and showgirl kind of a name. This Latin name means ‘tenth.’

24. Willa:
This moniker will make a low-key alternative to Willow, a hipster favorite.

25. Romy:
Romy originated as a diminutive of Rosemary, but it now stands strong as an uber-cool name for your daughter.

26. Delilah:
With a name like Delilah, your little girl is sure to be noticed. It means ‘to flirt.’

27. Xena:
Xena is one of the coolest X names, even cooler than Xavier.

28. Logan:
This name would sound hip only when you use it for a girl. Logan means ‘little hollow.’

29. Maple:
This name is natural as the tree and sweet as the syrup. And your kiddo can use the Canadian flag as a cape as well.

30. Oak:
Just like Maple, even Oak is natural, yet hip. And it’s made for making wine barrels. So that would be another plus point. 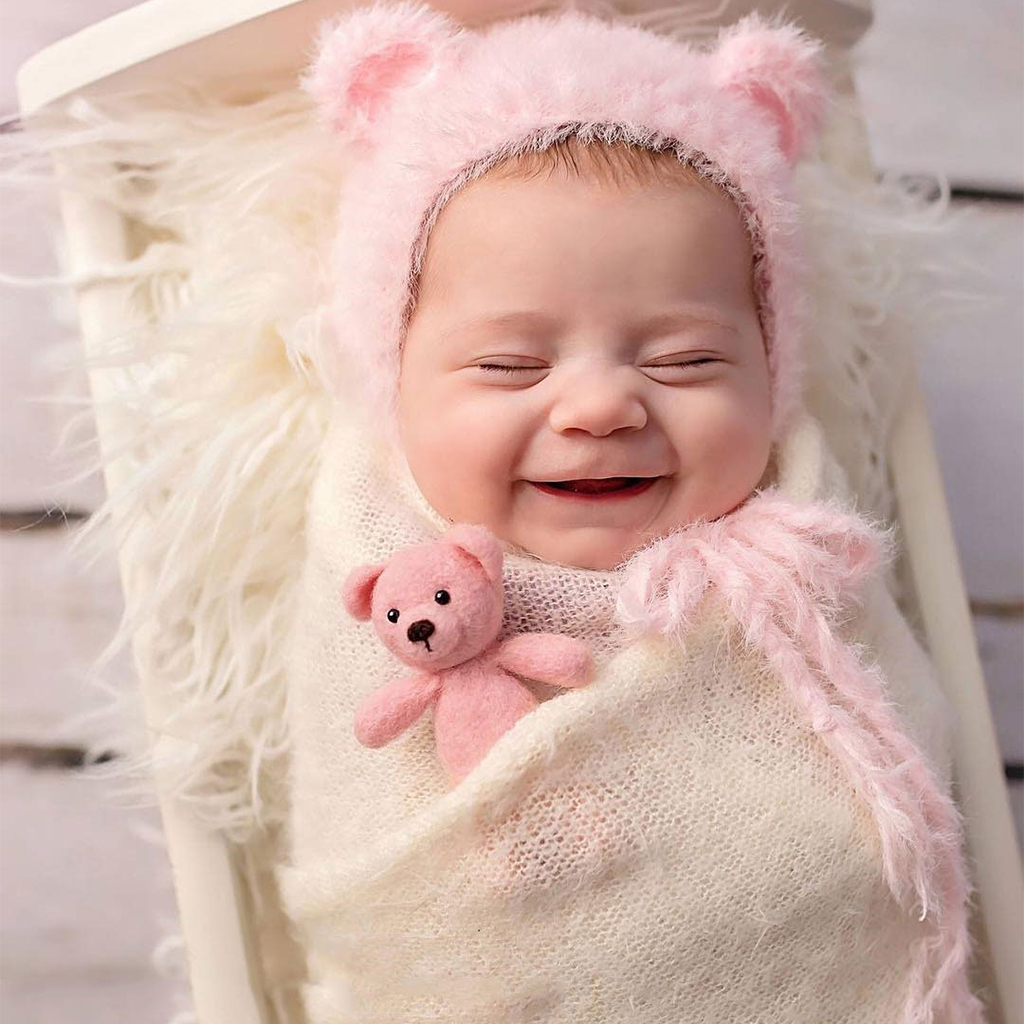 31. Raina:
We love this name because it embraces rain without being boring as Rainy and too obvious as Rain.

32. Valencia:
Also associated with one of the Instagram filters, Valencia would make an adorable name for your girl.

33. Arizona:
State themed names are highly popular with the hipsters. Brooklyn is a tad common. So go with Arizona for your baby.

33. Bijou:
Imagine your little Bijou moving in all black with a Perma-pout and a Chanel bag.

35. Florence:
This name would also work as a souvenir to the soulful Italian city. Florence means ‘prosperous.’

1. Aylward:
Aylward has spelling variations that include Aloardus, Eilwardus, and Æðeluuard. But we think that Aylward would be the best hipster name for your little kindergartener to write.

2. August:
This German form of Augustus, meaning ‘majestic and venerable’ has become a Hollywood favorite.

4. Waldo:
The dashing and sprightly -o ending of this name has it made more popular than most of its cousins. Waldo means ‘to rule’.

6. Gulliver:
This obscure baby name, known solely for of its literary connection would make a distinctive name for your son.

7. Juniper:
This name is a little more daring than other nature names in this list. It’s strictly not recommended for sensitive people.

8. Enoch:
If you want a Biblical name with modern cred, go with Enoch, the same of Jared’s son. It means ‘dedicated.’

9. Elvis:
Some people may consider it a bit flashy and over-the-top, but we find it hip and classic, just like its namesake “Elvis Presley.”

10. Byron:
This moniker had a romantic image for centuries because of its poetic connection with Lord Byron. But it’s now being used by hipster parents as well.

11. Linus:
If you want a nerdy-chic-hipster name for your son, go with Linus.

12. Dashiell:
Obscure literary references have always been at the epicenter of hipsterdom. So here’s one, based on the detective novel Dashiell Hammett.

13. Gus:
This hip and homey name would work well as both nickname and full name. 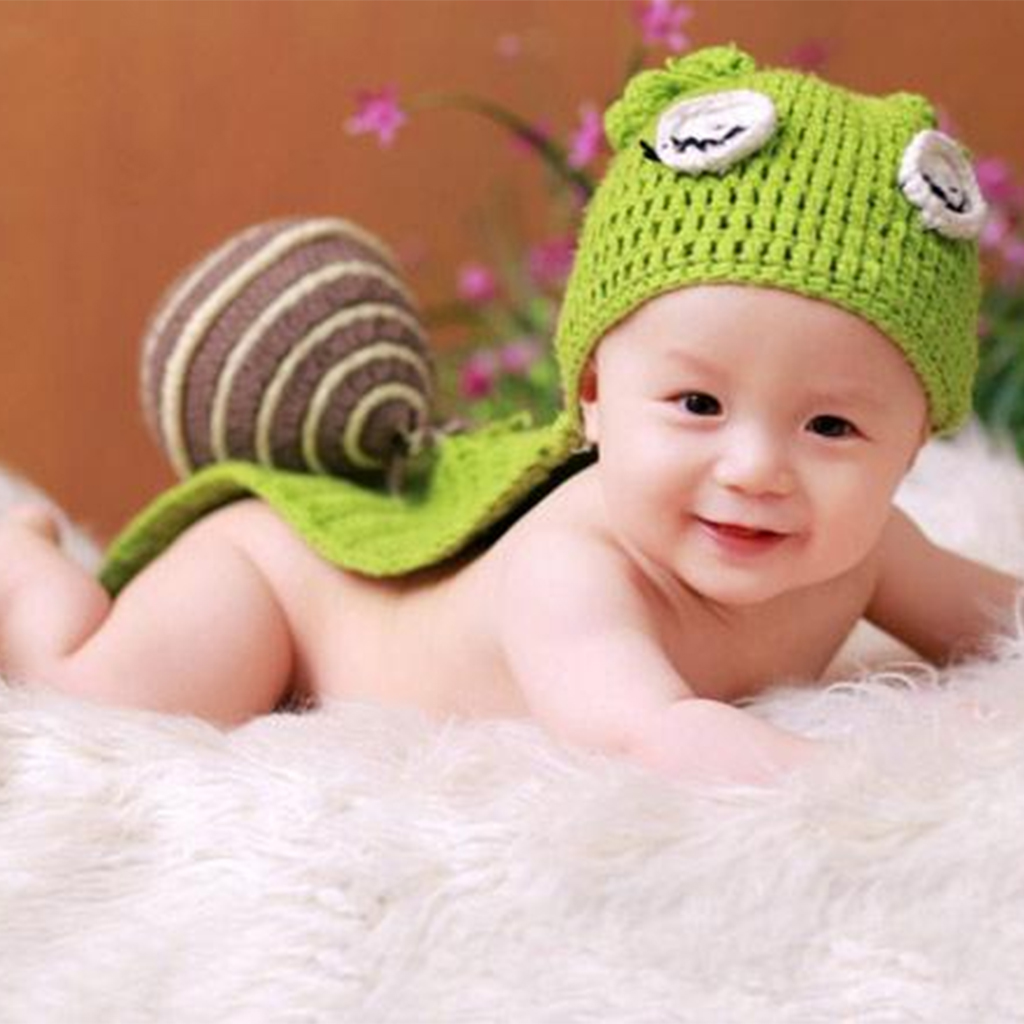 15. Roscoe:
Roscoe may sound slightly made up, but it’s actually a Norse name, meaning ‘deer forest.’

16. Dries:
Another unusual name in the list! This Greek name means ‘brave.’

17. Jasper:
A gem name for a boy? Why not! It has also appeared in the works of James Fenimore Cooper and Sir Walter Scott.

18. Otis:
This name has distinctly hip feel it, probably because of its association with R&B.

19. Monty:
Its original form Montgomery might be feeling a bit dusty, but Monty can never go out of vogue.

20. Eisley:
This cutting edge name would make a great pick for your baby. And unlike other names, it’s inspired by a brand.

21. Dexter:
This one will always be one of our favorites. Elvis Costello and Diana Krall also named one of their twins Dexter.

23. Edison:
This moniker began the trend of using surnames as the first name. Edison means ‘son of Edward.’

24. Colton:
Colton boasts of the same hunkiness as Lance and Hank. It means ‘from the coal.’

25. Bear:
This animal name was made famous via the daring adventurer, Bear Grylls. 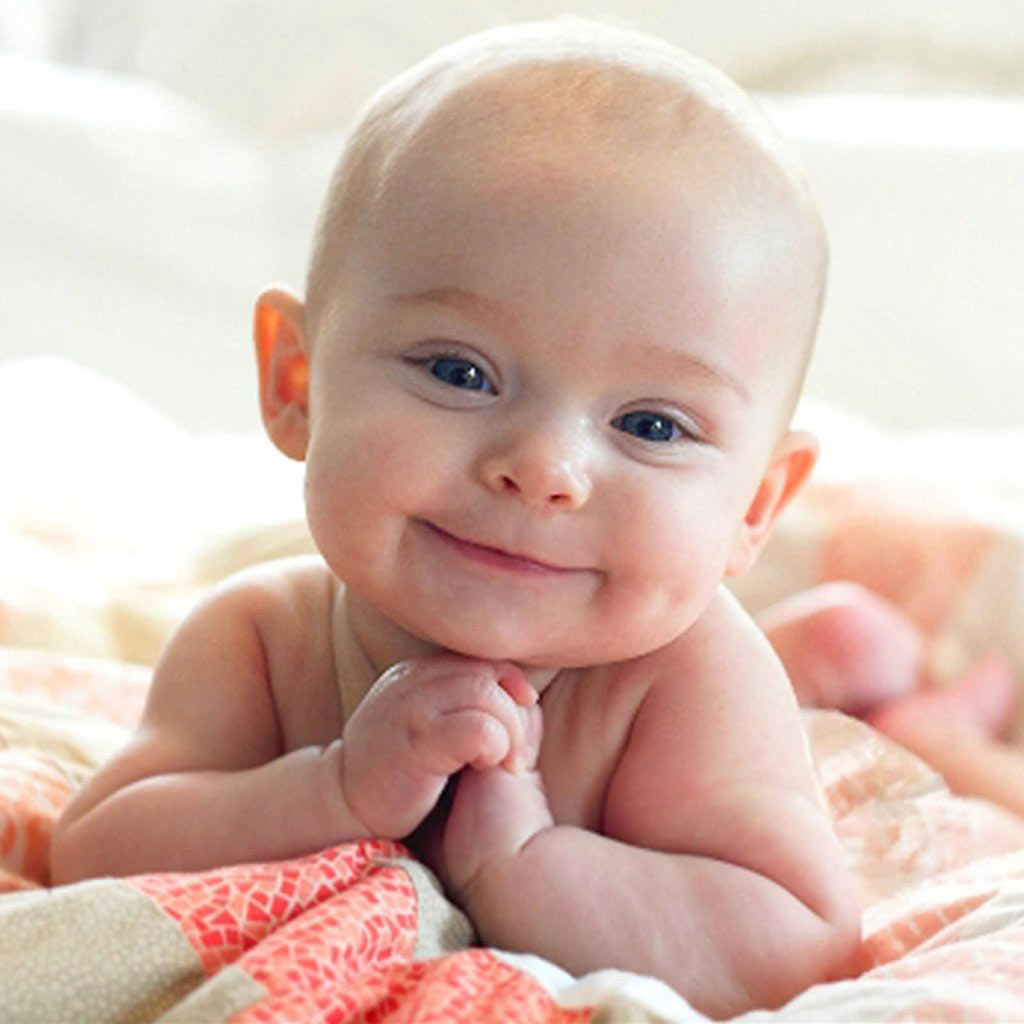 26. Clive:
If you like names like Owen, Barker, and Cussler, you will also love Clive. This English name means ‘lives near a high cliff.’

27. Auden:
This name may sound a bit critical or powerful, but its meaning is something different. Auden means ‘old friend.’

28. Django:
Gypsy origin names are bound to be hip. The jazz guitarist Django Reinhardt would be its most famous bearer.

29. Cormac:
This Irish name, meaning ‘charioteer’ would could also make a hip name for your son.

30. Homer:
This moniker, originating in the ancient Greek scribe has become a hot pick with the hipsters.

32. Duke:
Duke is Ron Swanson’s stage name. Do we need to say anything more? It means ‘nobility.’ 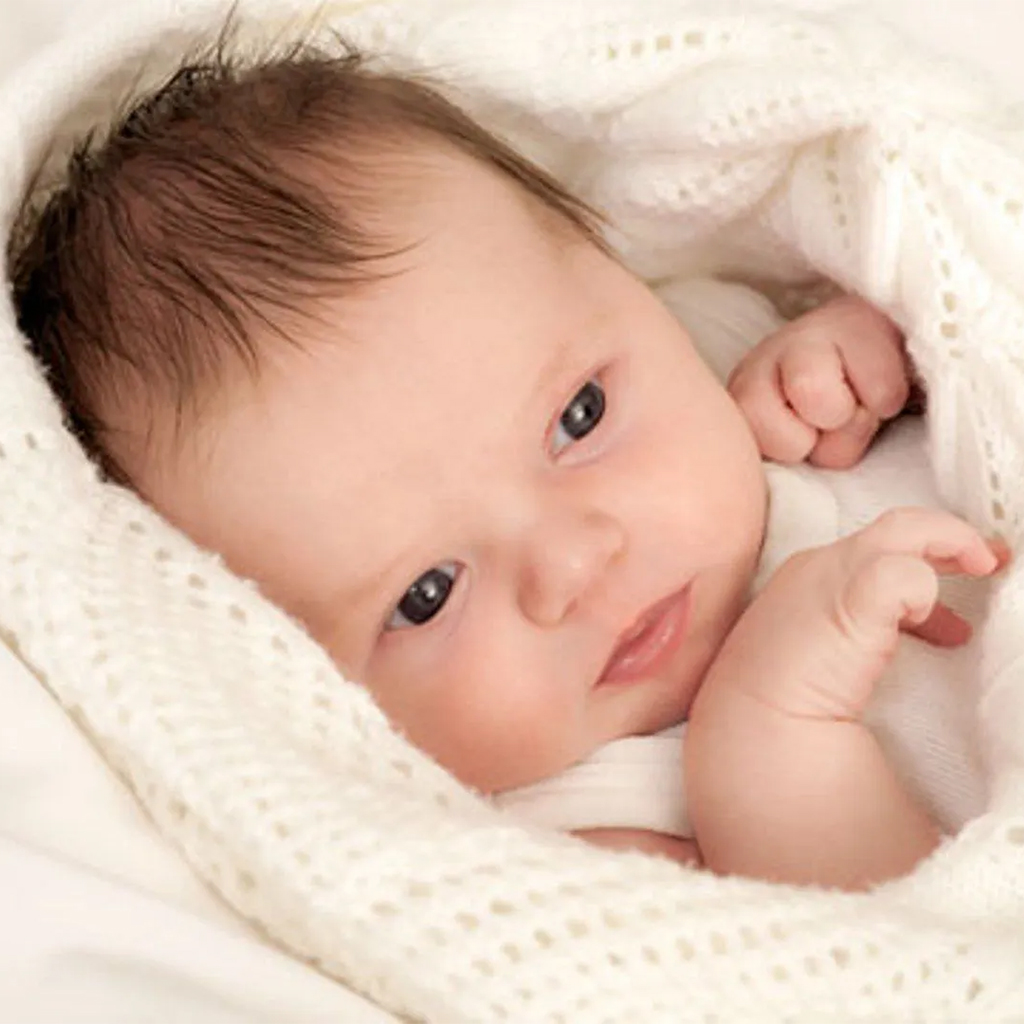 33. Atticus:
This moniker was immortalized by Gregory Peck via his character named Atticus in “To Kill a Mockingbird”.

34. Arlo:
What could be better than a name that starts and ends with vowels? Arlo is a Spanish name, meaning ‘barberry tree.’

35. Brax:
This moniker sounds oh-so-hip. We recommend it as it’s the 5046th most popular name, and is way less common than Braxton.