If you believe the well-known saying that “children are the flowers of life,” then Ugandan resident Mariam Nabatanza has a whole home greenhouse. Indeed, in less than 40 years, she managed to give birth to 44 children, 38 of whom are alive. But do not rush to twist your finger at your temple and say: “The woman has gone completely crazy!” Just take a look at her life story.

In Uganda, where Mariam was born and raised, Medieval traditions are still very strong. Therefore, when the girl was 13 years old, her father and stepmother gave her away, or rather, sold her in marriage to a man who was 27 years older. “What kind of love could you talk about? After all, I first saw my future spouse only after the wedding. And the whole marriage was just a good deal for my relatives. Nobody cares about my opinion.” Mariam recalls. 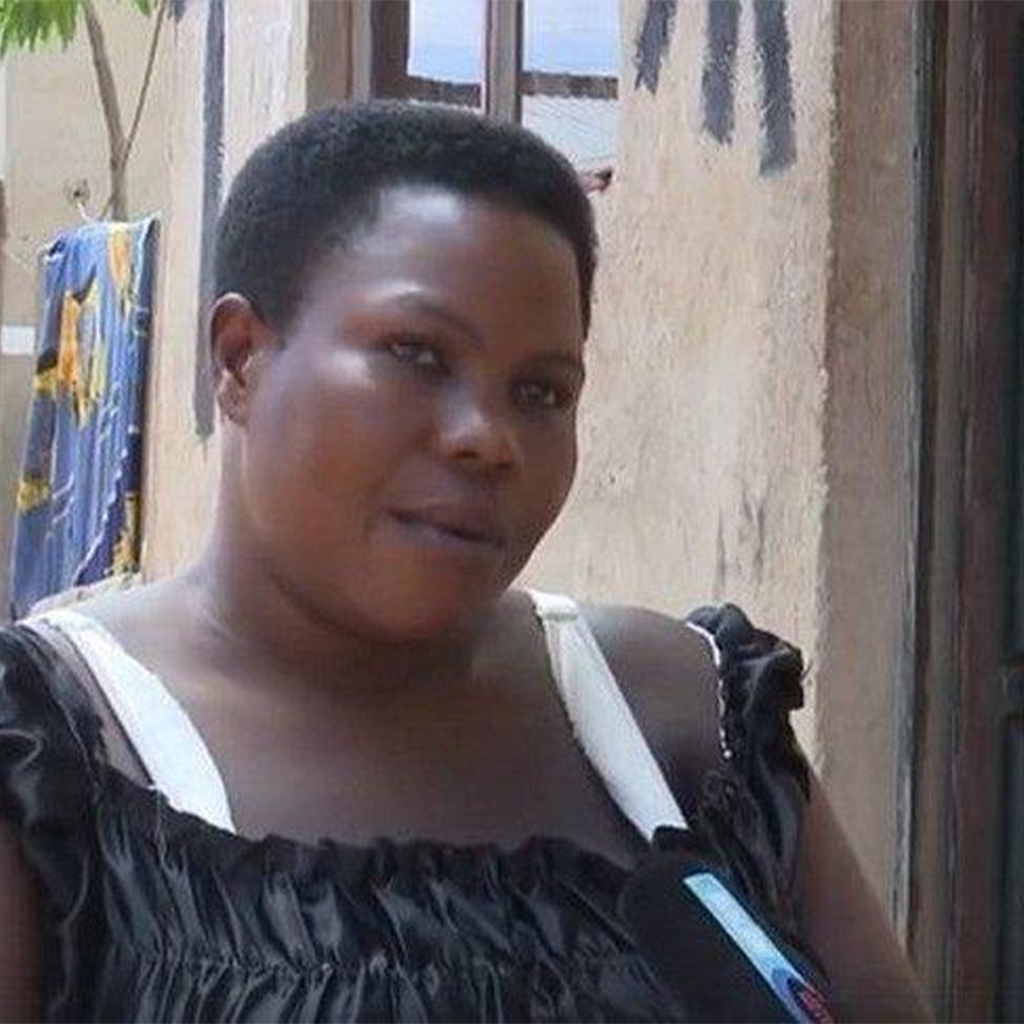 Having married, the girl fell into real slavery. All the hard work around the house fell on her fragile shoulders. The husband was absent for a long time, minding his own business. And, returning, each time, for the sake of order, he severely beat his young wife. Mariam, clenching her teeth, was forced to endure bullying. And not only because she had no right to leave her tyrant husband but also because she was preparing to become a mother. 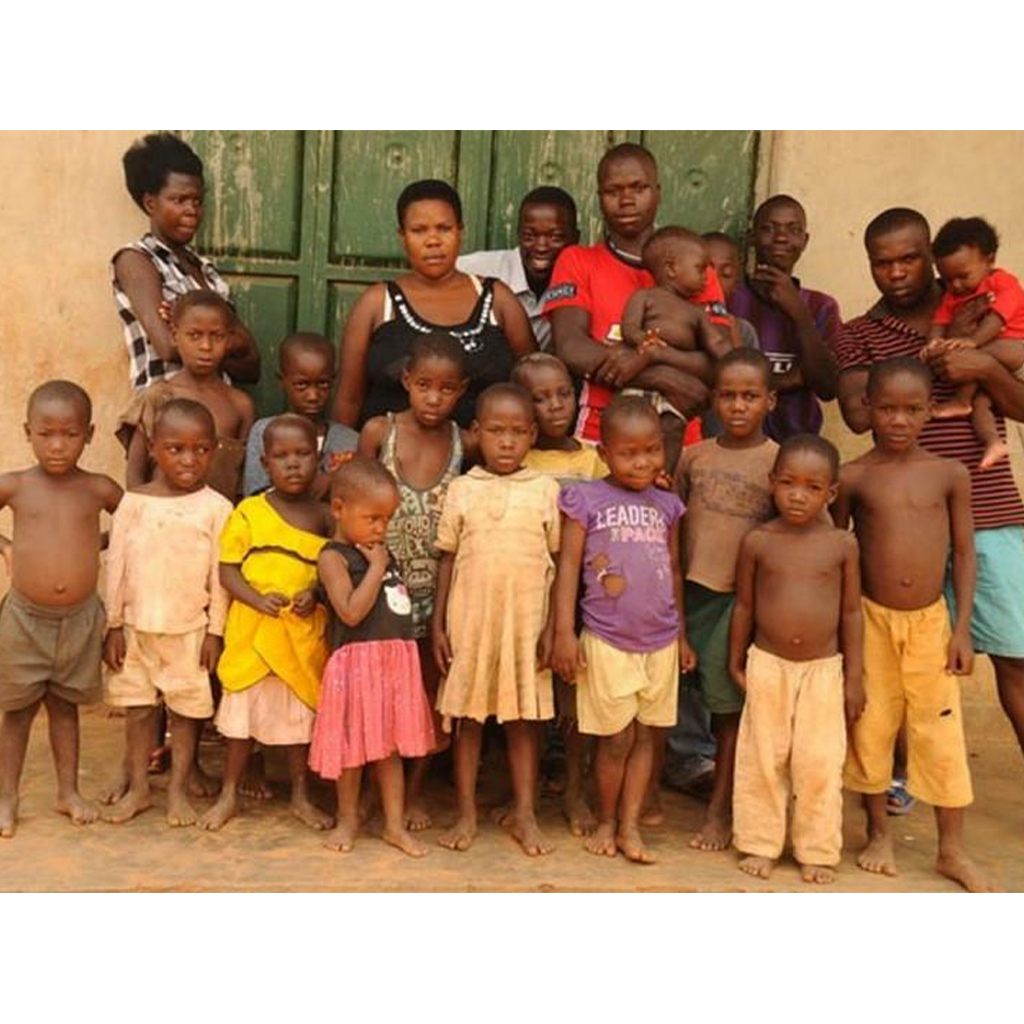 Mariam gave birth to her first twins a year after the wedding. And then it went off and on… Three times a woman had four children and six times two. Triplets were born four times. Count how many times there was only one baby. Surprisingly, all of Mariam’s pregnancies proceeded without any ᴄᴏᴍᴘʟɪᴄᴀᴛɪᴏɴs. And all children were born naturally. Only the very last baby was born by ᴄᴀᴇsᴀʀᴇᴀɴ sᴇᴄᴛɪᴏɴ. 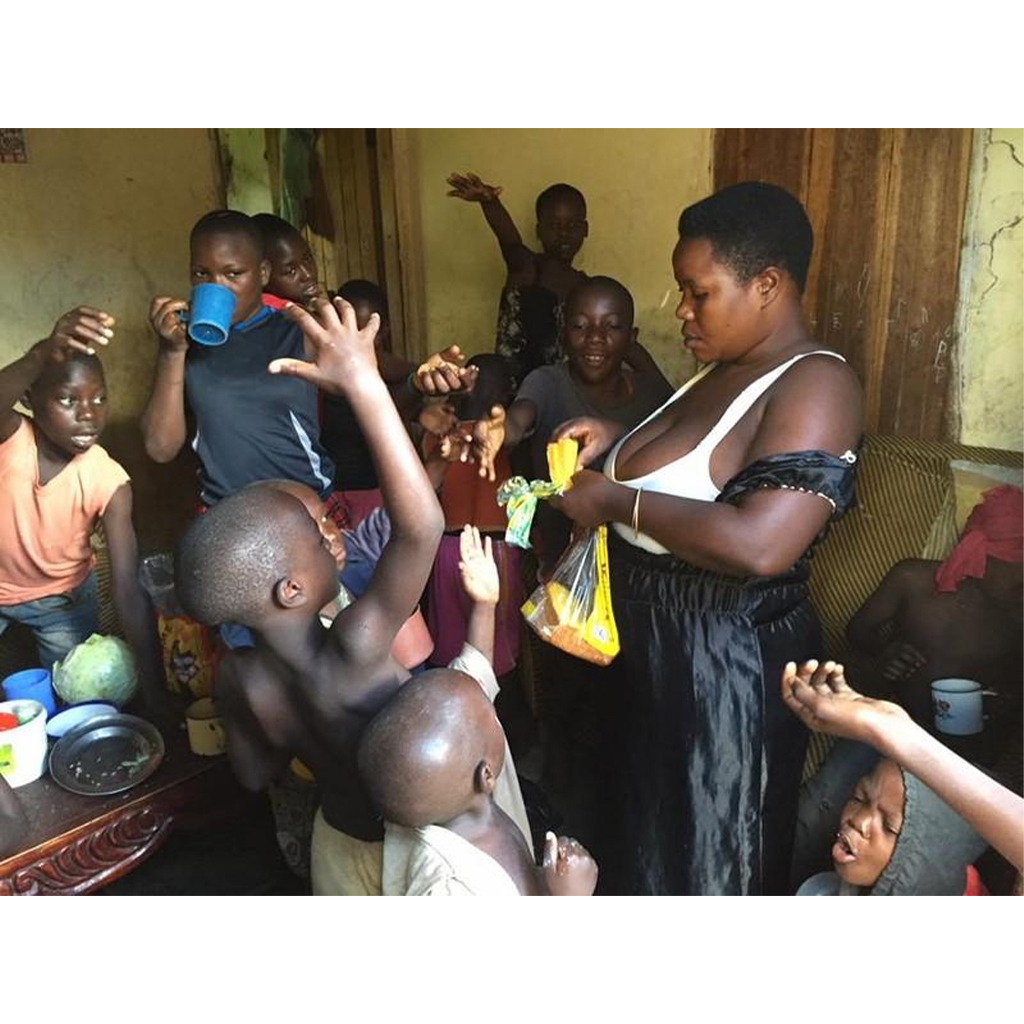 Of the 44 children that Mariam gave birth to in 26 years of marriage, only six ᴅɪᴇᴅ. And now, at 39, the most prolific African mother has 10 daughters and 28 sons. Mariam has to deal with the upbringing of such a horde of children alone. Because a year ago, just after the birth of the youngest, the husband left the family. “He has not taken any part in our problems before. Unless he gave the children names and then, most often, by phone,” says Mariam. 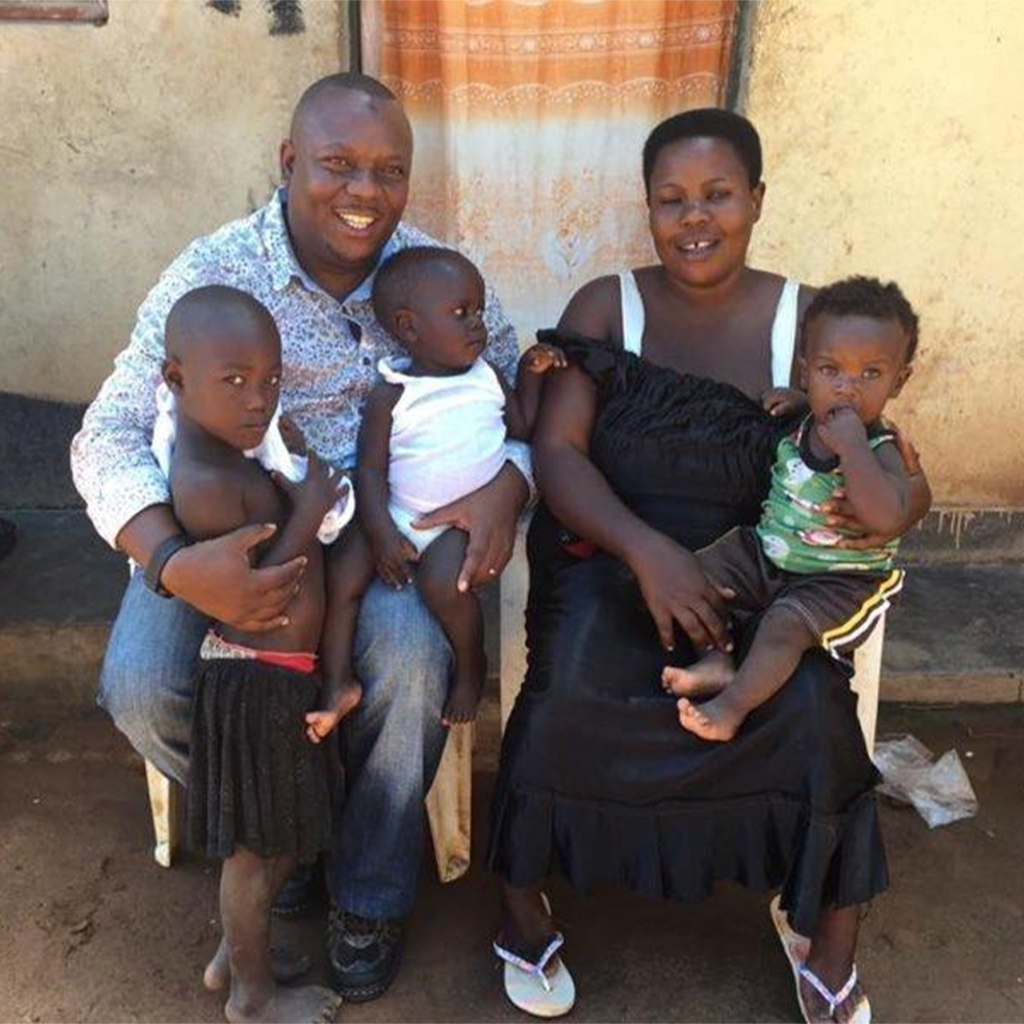 Despite the fact that the family of Mariam Nebatanza lives in very difficult conditions, her children do not look hungry or abandoned. Nonetheless, they are severely lacking in subsistence resources. On a day, their family eats more than 20 kg of bread, 7 kg of beans and about 3 kg of sugar. But the kids still need to be dressed and taught. Already, Mariam spends $1,500 annually on the education of her kids. 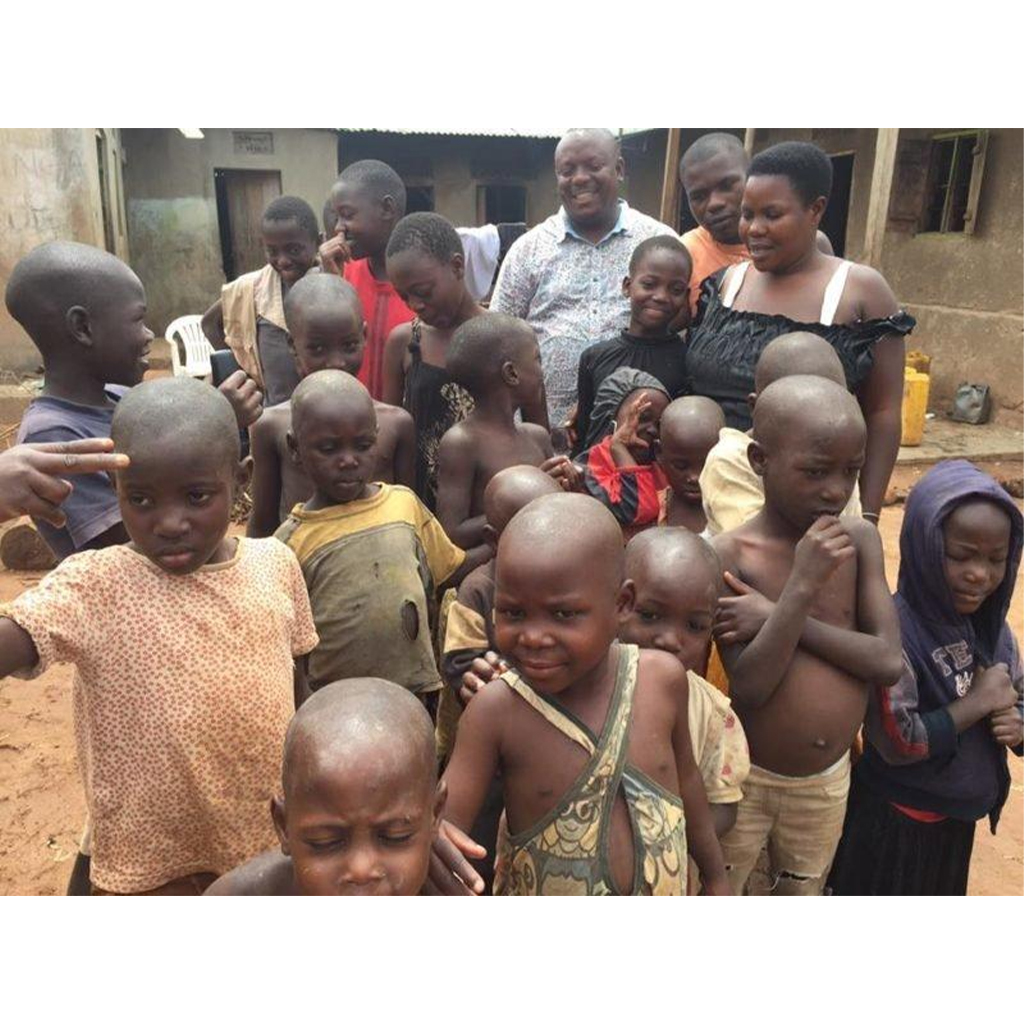 In order to somehow survive, the woman was forced to turn to the media for help. Ugandan journalist Kassim Kayri posted photos of the “Fun Family” on his Facebook page and wrote their story. And soon, another caring person, Karo Omu, opened a fundraiser on the Internet for the needs of the Nebatan family. “I am very grateful to my compatriots for their help,” says Mariam. “I want to start my own business with this money. And I hope that soon I will be able to provide my children with a decent life.”

And when journalists asked Mariam to say a few words on camera, she turned to all the men: “Don’t leave your children. After all, they need not only maternal but also paternal care. Remember this.”