Every parent wants their child to be successful and influential in life. They want to achieve everything they couldn’t through their child. Baby names that mean leader will inspire your child to do better and achieve big in life. A powerful name will also instill a belief in them that they are born to win and lead by example. Their name will help them unleash their true potential and give them the strength to overcome all odds in life. In this post, we bring you a list of names that mean ruler or leader for you to make the right pick for your munchkin.

1. Harriet:
The name Harriet has for long been considered an upscale and stylish name in England. The meaning of Harriet is ‘estate ruler’. It would make a great pick for parents who are looking for something serious, solid and classic.

2. Aubrey:
This moniker originated as a variation of the German name Alberich and means ‘ruler of the elves’. Technically, it’s unisex. Yes, we know it started as a male name, but has been used for girls in the United States since 2002.

3. Henrietta:
Henrietta is the feminine version of the name Henry and means ‘estate ruler’. This beautiful name arrived the England via Princess Henriette Marie, King Charles’ I wife. And it got exposure through the bestselling book “The Immortal Life of Henrietta Lacks.” 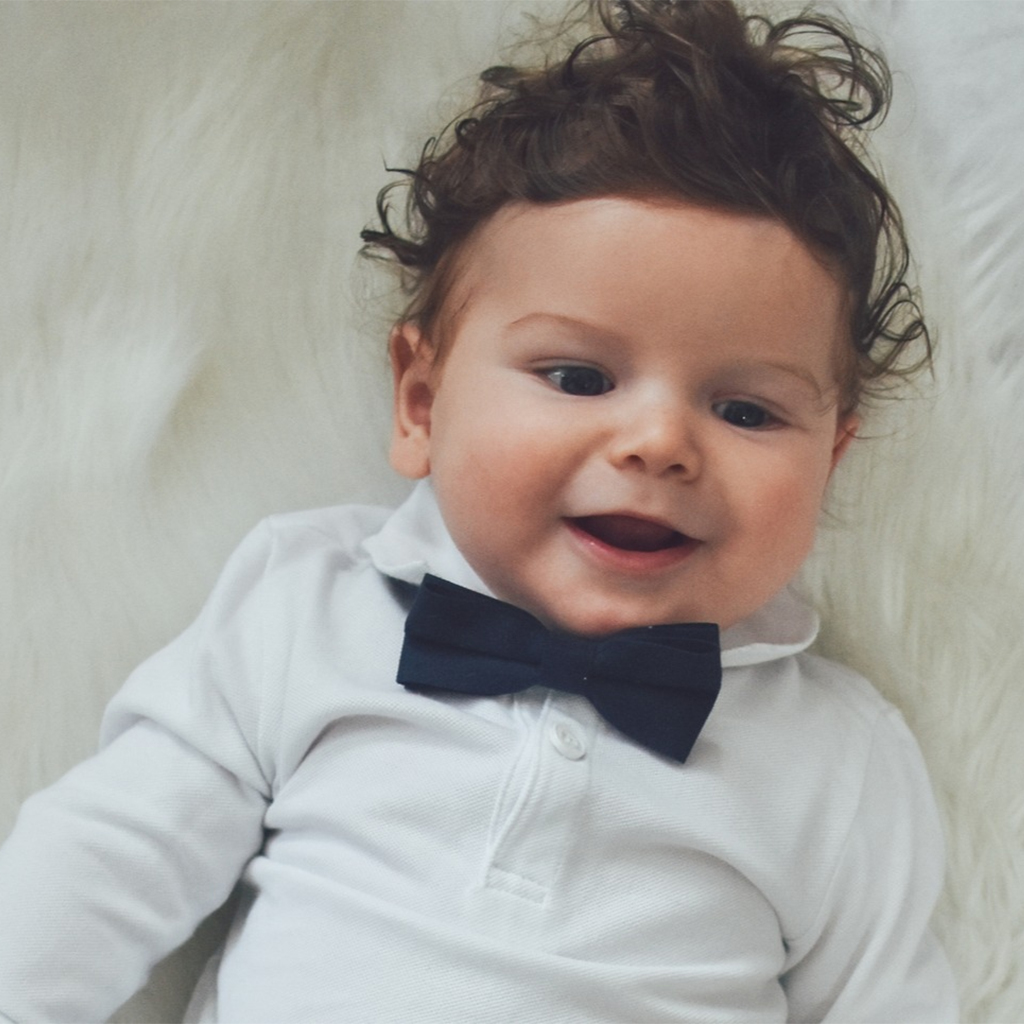 4. Rona:
This moniker, coined in Scotland is the female variation of the name Ronald and means ‘wise ruler.’ Ellen Rona Barkin, the American actress, is the famous bearer of this name. This moniker has a reliable presence in America, Wales, and Spain too!

5. Hattie:
Hattie is the diminutive of the name Harriet and means ‘little ruler of the home.’ It’s one of those names that is more popular than its original. It saw its heyday in the 1880s and 1900s when it stayed within the top 50 names.

6. Rory:
Rory is a beautiful Irish name, meaning ‘red ruler.’ This spirited and buoyant name started for boys but is now trending decidedly towards the female side. The highest ranking is #679, which happened in 2015.

7. Erica:
Erica is the female variant of the name Erick and means ‘eternal ruler.’ Erica is popular with the English while its spelling variation Erica is popular in the Scandinavian countries. With a sharp sound and powerful meaning, Erica will reach greater heights.

8. Kendra:
A relatively recent creation, Kendra is a derived from the Welsh name Kendrick and means ‘wise ruler.’ It was coined in the U.S. in the latter half of the 20th century.

9. Aubrianna:
Aubrianna is the fancy and ultra-feminized version of the name Aubrey. Despite being a spanking new name, this name managed to make to the top 1000 list soon after its introduction. It fits well with Audrianna, Arianna, and Adrianna. 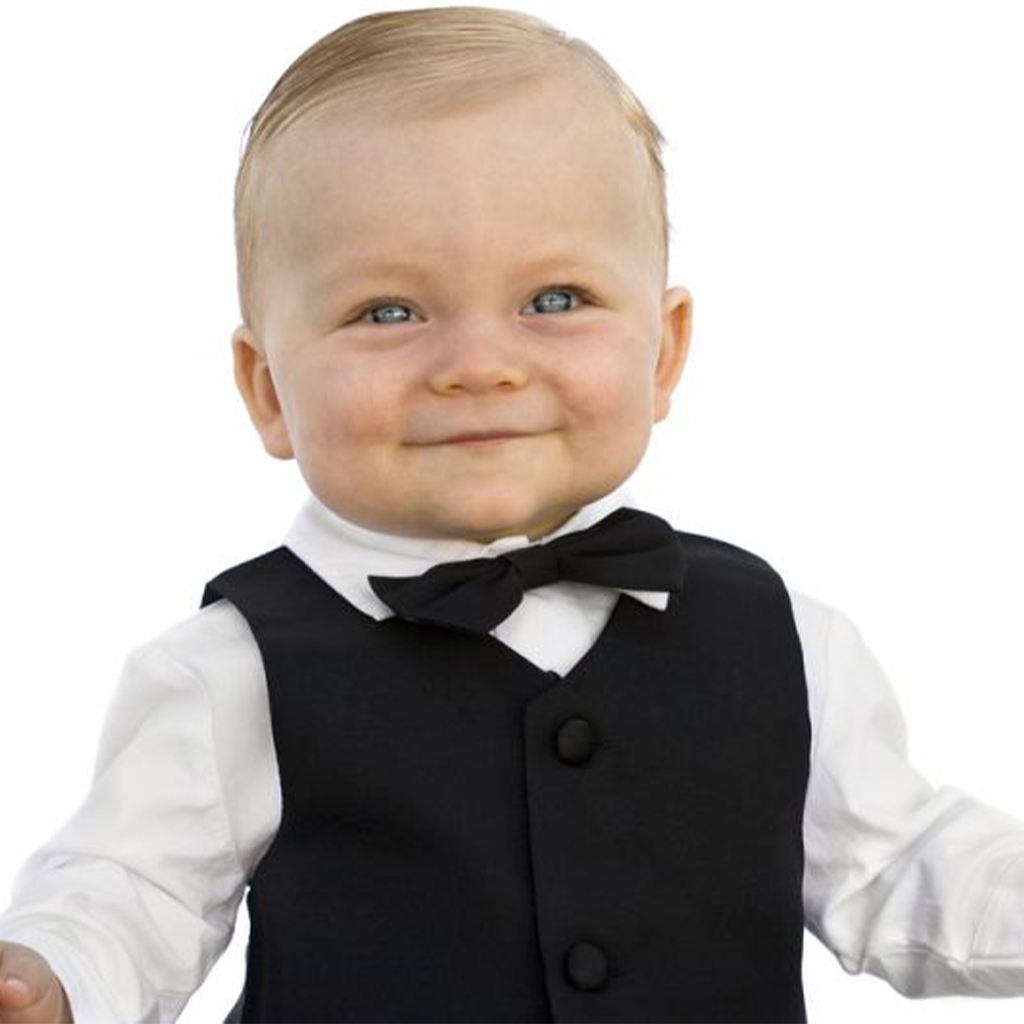 10. Vlatka:
Vlatka is the diminutive of the name Vladimira and means ‘great ruler.’ This name is strictly limited to the boundaries of its countries. So any woman you meet named Vlatka is likely to be a Croatian.

11. Piper:
Piper is an occupational surname, signifying someone who played pipes. The music of piper is associated with leadership, as people follow the enchantment of the music. So with this name, even your child will have leadership qualities.

12. Mazarine:
The name of the dark blue color honors Cardinal Mazarin, the France leader of the 17th century. As a first name, we think Mazarine would be charming and unusual.

13. Sophrona:
A female variation of the name Sophronius, Sophrona is a Greek name, meaning ‘self-controlled. It’s also associated with Saint Sophronius, the 7th-century leader of Jerusalem. We think it’s a great alternative to Sophia.

14. Zora:
This name honors Zora Neale Hurston, a significant black leader of the Harlem Renaissance. This Biblical place name is also a character in Gilbert & Sullivan opera Ruddigore. It reached its highest #293 in the year 1885.

15. Nimue:
Nimue, fondly dubbed as the Lady of the Lake is the ruler of Avalon in the Arthurian legend. She played a pivotal role in several stories, including “King Arthur”. This unusual name was given to three girls in England in the year 2013. 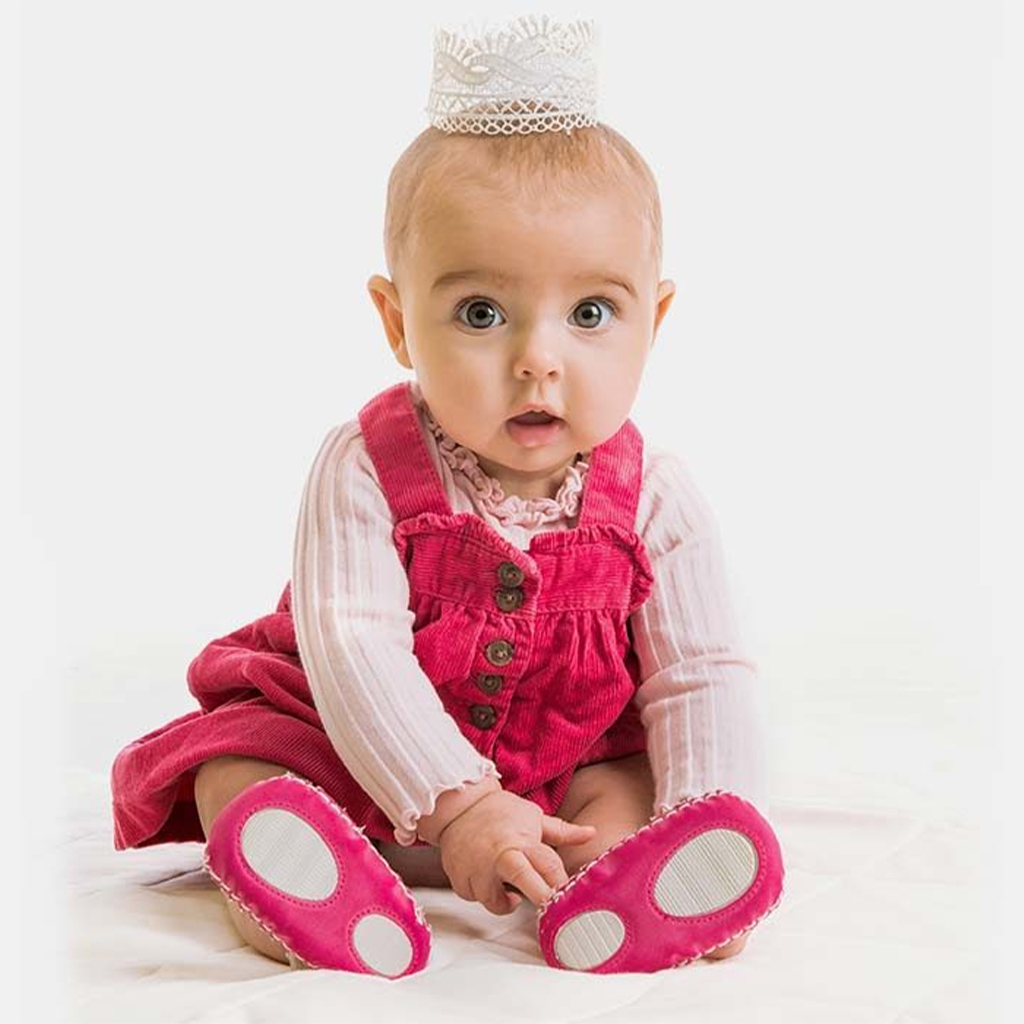 16. Theodoric:
The name Theodoric may feel ancient or even prehistoric now, but there was a time it was highly popular with the royals. It belonged to Theodoric I and II, the kings of the Visigoths and Theodoric the Monk, the Norwegian Benedictine.

17. Konrad:
Konrad is a German name, meaning ‘bold ruler.’ It was borne by two kings of Germany. And don’t you think the initial K is making a huge difference to the common Conrad. Konrad is not much used and is given to less than 100 children every year.

18. Enzo:
Enzo is a French name, meaning ‘ruler of the home.’ It originated as an Italian form of the name Heinz, But some people believe it’s a short form of Vincenzo or Lorenzo. Of late, more and more American parents are opting for this European charmer.

19. King:
King, the other name for the ruler, could also be considered as your son’s name. It obtained from the Old English word ‘cyning’, a term used to signify someone who conducted himself or herself in a kingly manner. King is also used an occupational surname in some regions.

20. Hendrix:
This surname stems from the classic name Henry. This name is embedded in the American music industry, with several songs on it. It’s also one of the latest surnames to reach the top 1000 baby name list. 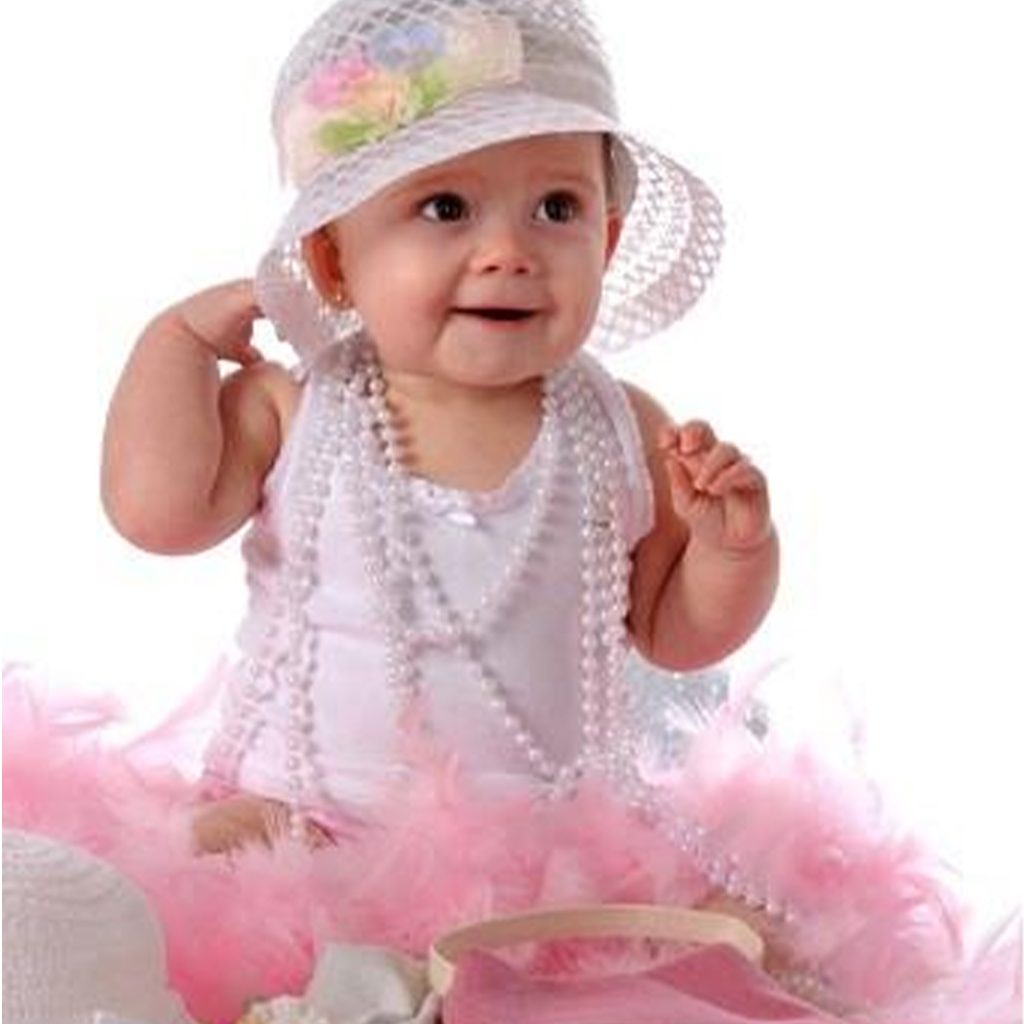 21. Friedrich:
The name Friedrich, meaning ‘peaceful ruler’ was introduced to England by the Norman-French in the 11thcentury. It has been borne by many rulers, the emperors, and Archdukes of Austria. Frederick Douglass, a former slave, turned orator and abolitionist are another famous bearers.

22. Fritz:
Fritz is the short form of the name Friedrich and means ‘peaceful ruler.’ Even this name has several notable namesakes like Fritz Pollard, the first African-American to play in the Rose Bowl and Fritz land, the German film director.

23. Roark:
Roark is a beautiful Irish name, meaning ‘illustrious ruler.’ This distinguished name belonged to one of the princely families of Ireland. Originating in the 10th century, this family surname is believed to be the oldest in the world. Roark Critchlow, the Canadian actor, is its popular namesake.

24. Nestor:
Nestor is the name of the wise ruler of Greek legend. It was his advice that helped the Greeks win the Trojan War. Nestor Carbonell, the American actor, is its famous bearer. You can also try any of its variations like Nesterio, Nestore or Nestorio.

25. Quade:
Quade is the anglicized form of the Gaelic name Mac Uaid and means ‘ruler of the army.’ It’s a relatively uncommon name and hasn’t even made to the top 1000 baby name list. Just to put things in your perspective, just 34 babies were named Quade in 2013.

26. Ashur:
Ashur is a lovely Assyrian mythology name, belonging to the supreme deity of the Assyrian Empire. Ashur is the Assyrian ruler of the gods, the creator of all things and the god of war. It is also associated with a character on “Spartacus”. 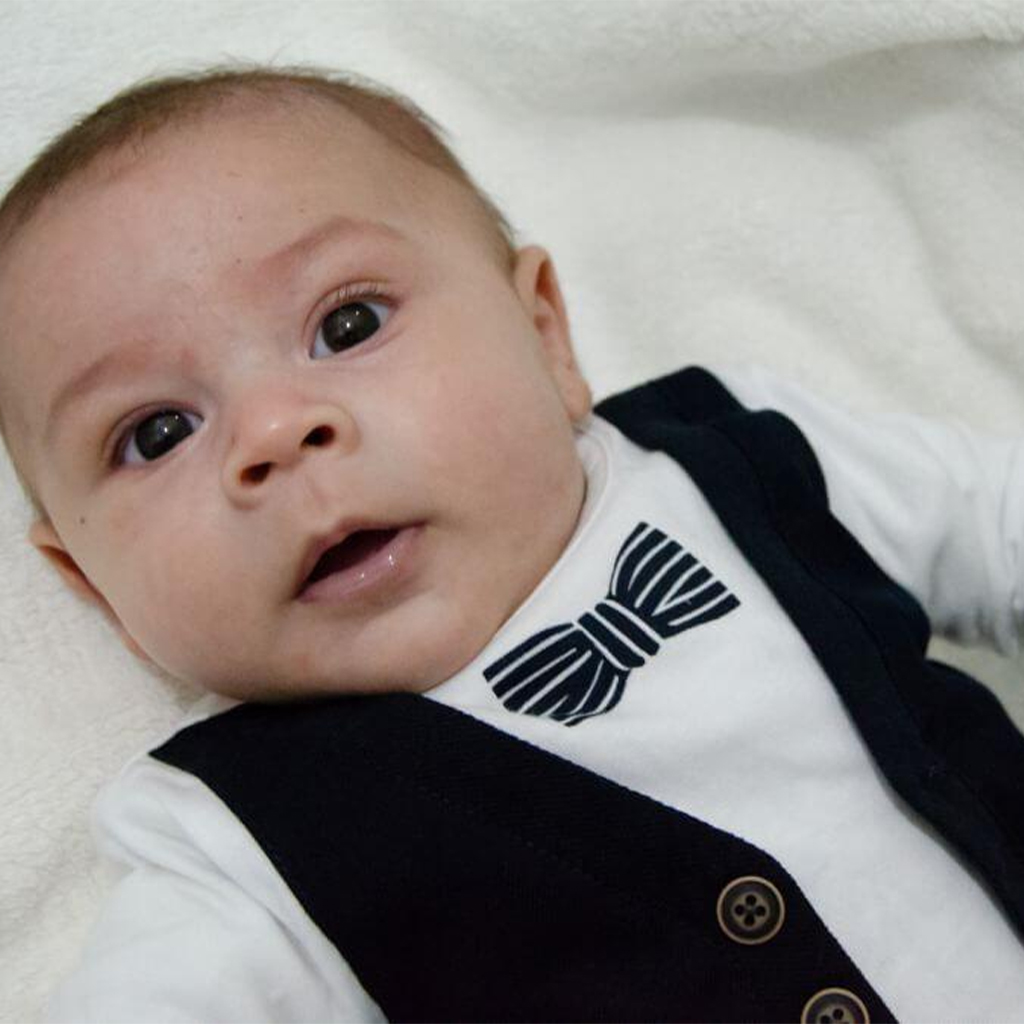 27. Mircea:
Mircea is an unusual, yet widely used Roman name, meaning ‘peace.’ It was the name of a medieval ruler who brought stability to Wallachia with his wit and wisdom.

28. Richard:
Richard is a distinguished Norman name that has been popular for more than a thousand years. In the United States, Richard was the sixth most popular boy in the year 1925, but now, it isn’t even in the Top 100. And it was a favorite with the Kings as well. The meaning of Richard is ‘dominant ruler’.

29. Ruaidhri:
Ruaidhri is the variation of the name Rory and means ‘famous ruler.’ This spirited, Gaelic classic name became very popular in Ireland in the 13th century. We think it would make a distinct and a highly energetic name for your son.

30. Terry:
Besides being the gender neutral short forms of names like Theodore, Terrence, and Theresa, Terry is also the spelling variation of Thierry and means ‘ruler of the people.’ This moniker has been on the American baby boy name list since the late 1880s.