There’s a lot of pressure that comes with picking out your baby’s name. After all, it’s a decision that lasts a lifetime unless your kid decides to change their name later on, that is, and as such, you just don’t want to screw that up. But do you choose something that is cool right now, or a classic name? Well, these vintage baby names will ensure that your baby will always be in style. So check out 24 old school baby names that can be a perfect fit for your baby.

The feminine version of the male name Charles, Charlotte is a vintage baby name that is stylish and timeless of French origin. Oui oui!

A Biblical name, Ezra is of Hebrew origin. It means “helper,” and is a popular name for both boys and girls.

If you want a retro baby name that has a slew of spellings and variations, Adeline would be it. Pronounced “Ada-line,” Adeline is a popular baby girl’s name in France. It means “noble” or “nobility,” and is a nickname for Adele. But if you like Adeline, you might be head over heels for its sister names, like Adelaide, Adalyn, Adalene, Ada, Alina, Adelin… and the list goes on and on.

Floral-inspired names have been around since, well, forever. (Think Rose, Lily, Hyacinth, Poppy, Violet, for example.) Equally as adorable is Daisy, a baby girl’s name of English origin. It means “day’s eye,” because this flower opens its petals at sunrise. 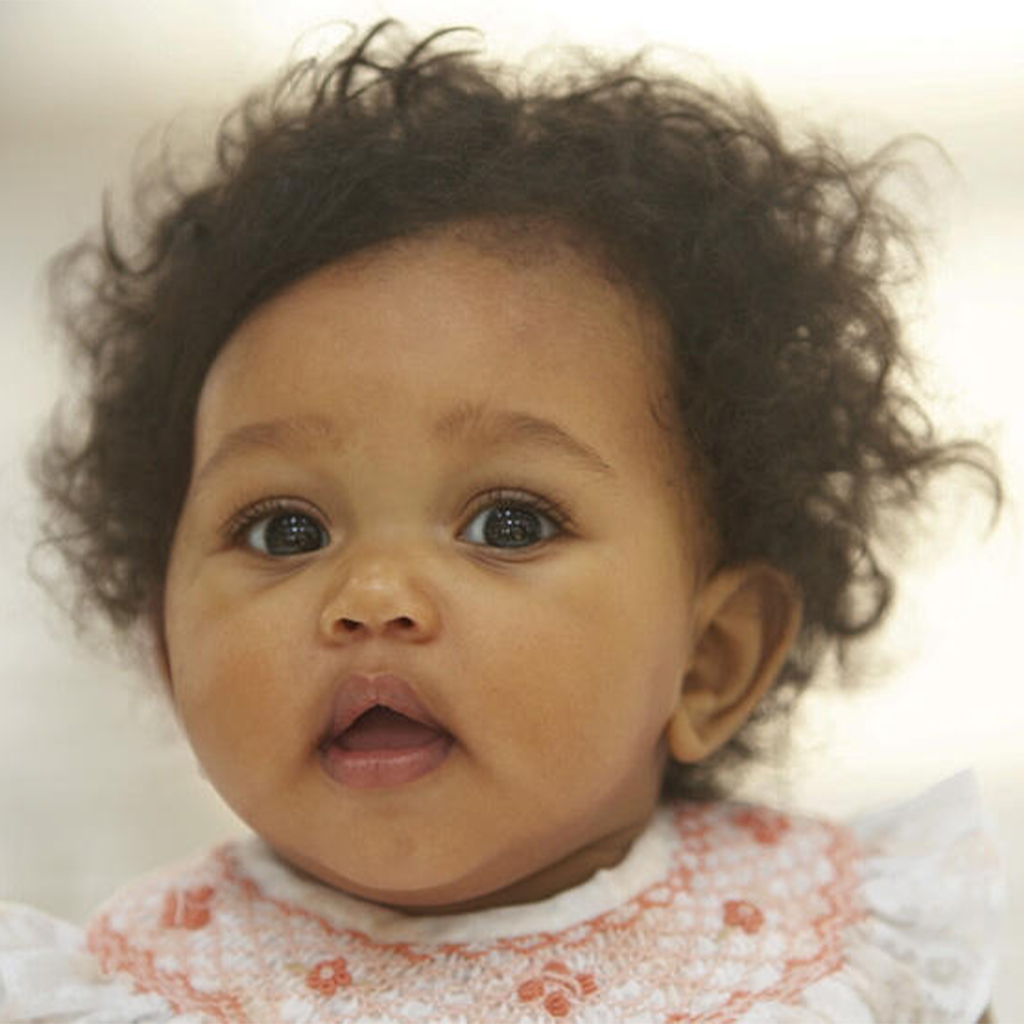 Emmett is a vintage baby boy’s name of English, German, and Hebrew origin. It means “hard worker” or “truth,” and can also mean “universal.” And if you’re looking for the feminine version of Emmett, that would be Emma.

You already feel like your baby is a gift, so the name Theodore is fitting, since it means “gift of God.” It’s of Greek origin, and with nicknames like Theo or Teddy, it’s a perfect pick for your little one.

The English version of Milo, Miles is a classic baby name that has become popular once again. It means “soldier” or “merciful,” and is of English origin.

It means “praised” and can be a gender-neutral name. It’s a shortened version of the Hebrew name Judah, one of the 12 apostles in the Bible. 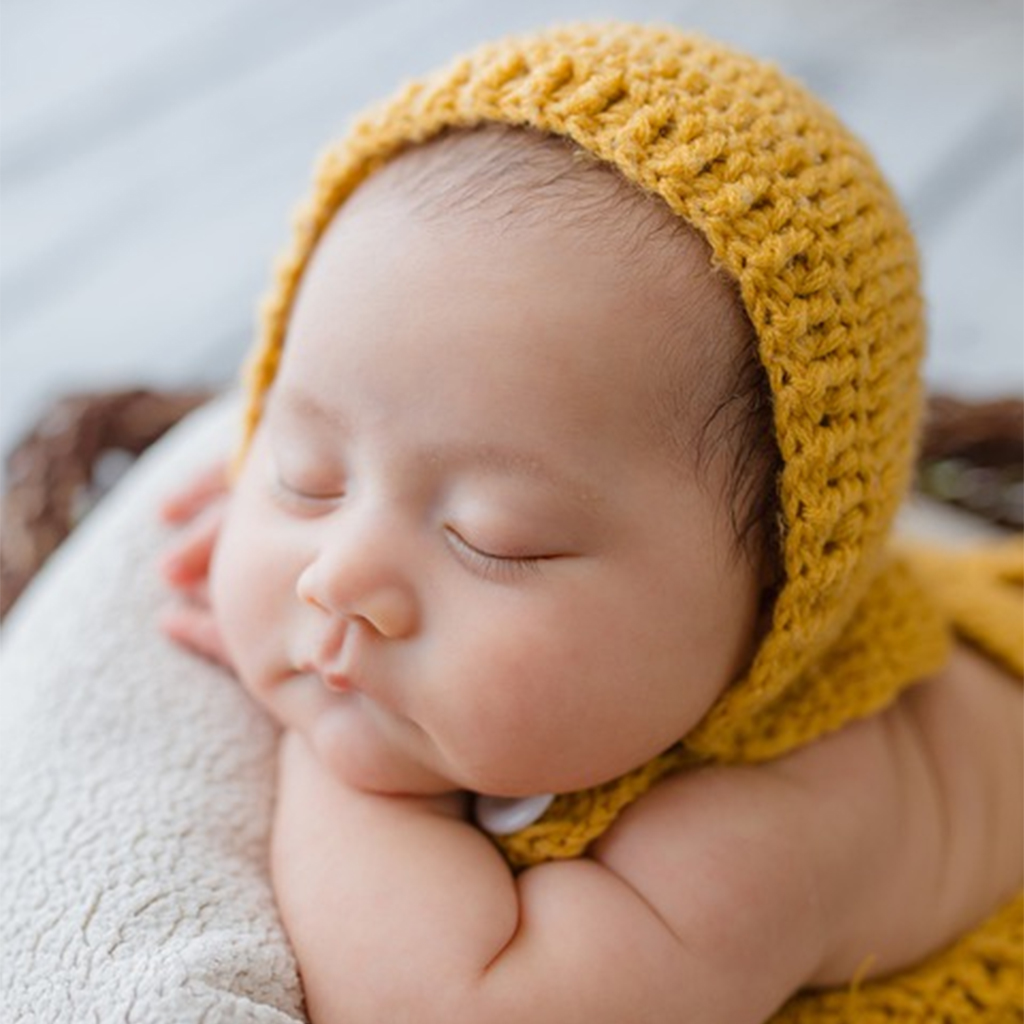 Frances is a girl’s name that means, you guessed it “from France” or “free man.” It has Latin origins, and is the feminine version of the boys’ name Francis. Sweet nicknames for Frances can be Fran or Franny.

Maybe the name Alice reminds you of white rabbits and red queens. But Alice is an adorable name for a little girl, and it means “noble.” It has German origins, and is a derivative of Adelaide.

Oliver is another one of those names that has multiple origins, from the English meaning “Descendant of the Ancestor” to a French derivative of Olivier. It’s a name that’s been around forever and has enduring appeal. And with nicknames like Ollie or Olive, it’s easy to see why. 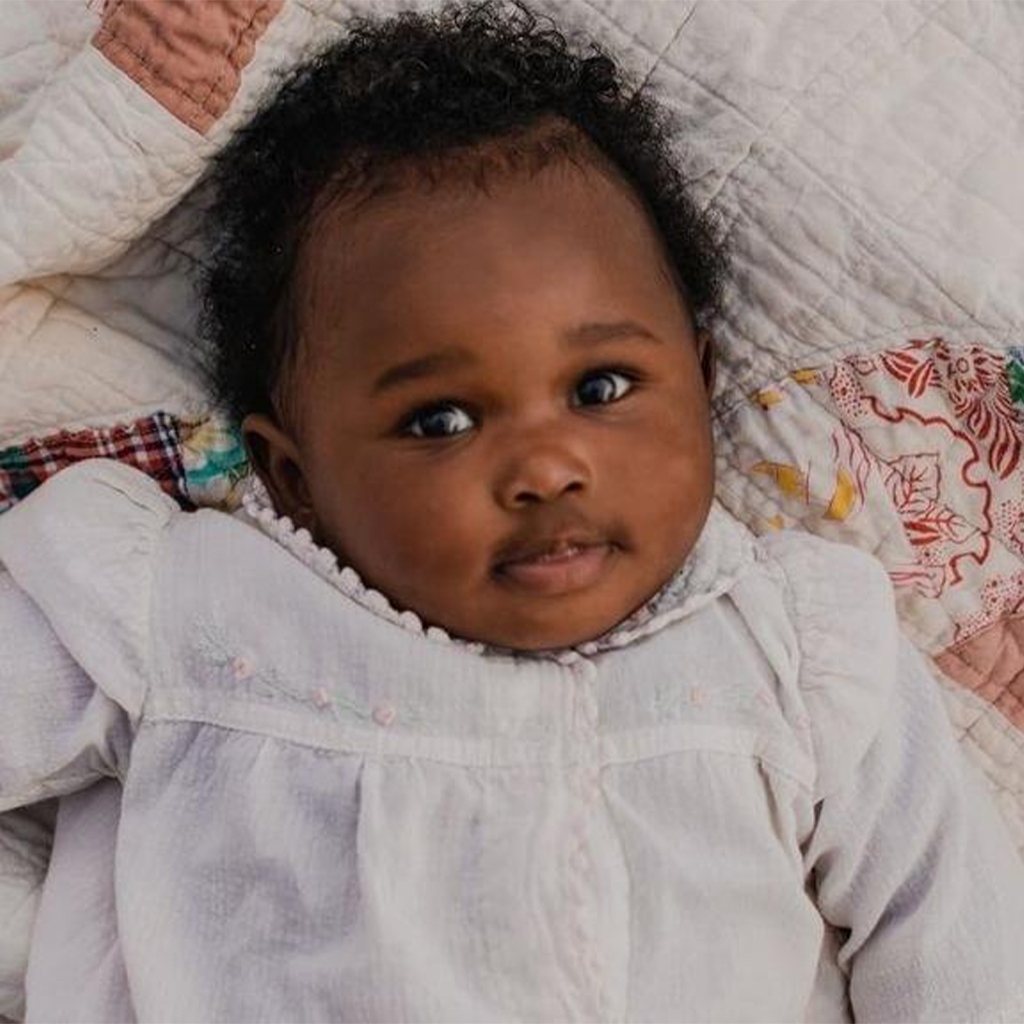 Did you give birth to a little boss baby? Then Henry might be a fitting name, since it means “house ruler” in Old German. The name Henry is an uber popular French baby boy’s name, and is derived from the French name Henri, which is a cute spelling, too.

Michael is one of those vintage names that never seems to go out of style. It means “who is like God?” and was traditionally a boys’ name of Hebrew origin. But lately, Michael has become a gender-neutral name (kind of like Kyle), and can be for a boy or a girl.

Dating back nearly 1,000 years, William is a boy’s name that has English ties. It means “resolute protector” and is derived from Wilhelm, an Old Germanic name. Your “strong-willed warrior” just might grow into his name in the future.

Of course, the name Rose means, well, rose. This floral name is a classic, and is most often used as a girl’s first or middle name. And if you’re a Golden Girls fan, well, then Rose is a no-brainer — literally.

Sure, it might conjure up images of an ark, but Noah is a name that’s been around since forever. It means “peaceful” and is of Hebrew origins. It’s usually a boy’s name, but can be gender-neutral, too. 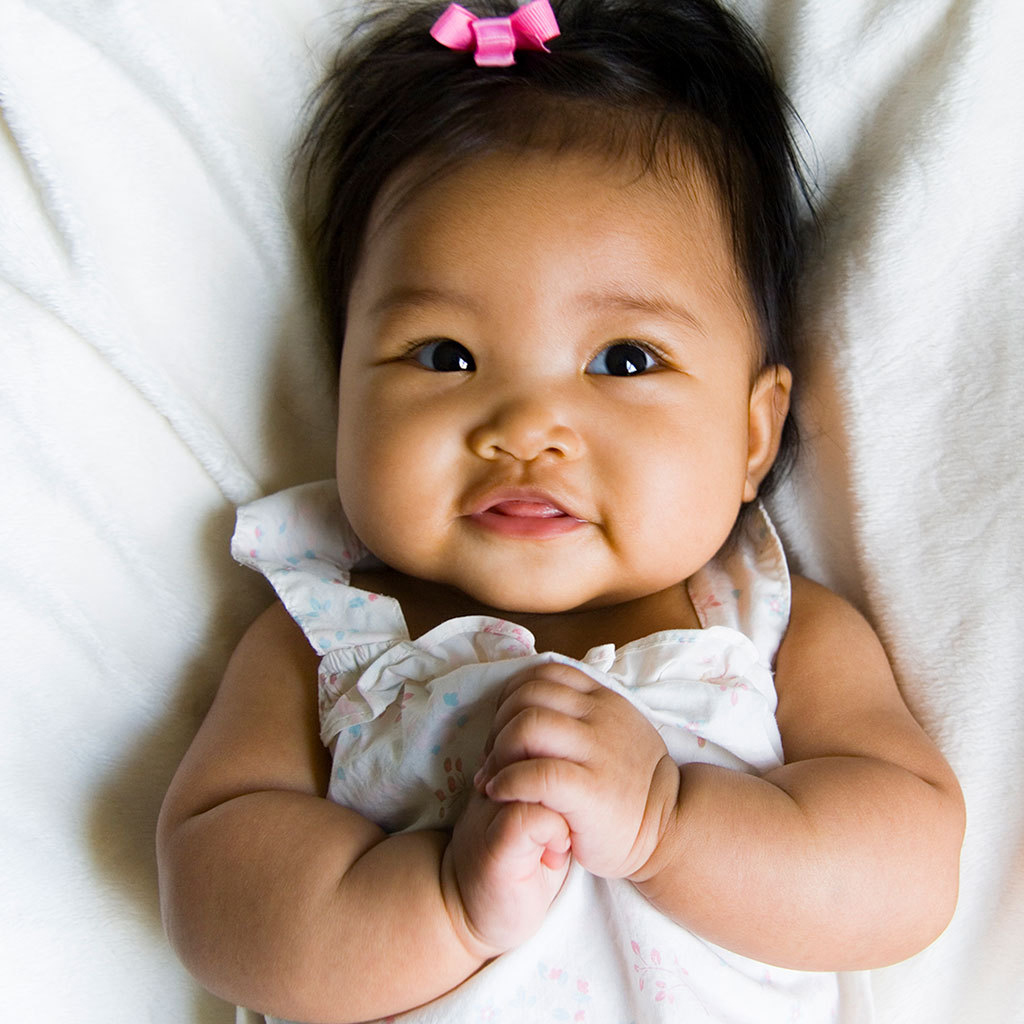 If your baby has brought some clarity to your life, Claire is a fitting name. With its meaning of “bright, clear,” Claire is a French name that is a version of the French name Clara.

Deriving from Latin meaning “foreign woman” or “wild,” your little Barbara will be in good company with this truly vintage name. It’s pronounced “Bar-bra” as opposed to “Bar-ba-ra” and might be fitting for your spirited little sweetie.

Once a boys’ name, James has become a gender-neutral name that’s fitting for both boys and girls. It has Hebrew origins and means “supplanter.” Nicknames for James include Jim or Jimmy and is a name that just never goes out of style.

Grace is one of those names that means exactly what it says: grace. It’s a girl’s name with Latin origin and can also mean “grace of God.” It can also be spelled Grayce or Grayse, which gives it a cute Gray nickname.

Feeling blessed with your baby? Then you can name then Benedict. It means “blessed” and is of Latin origin. It has a slew of nicknames, like Ben, Benny, Benno, and more. The name has been around since the Middle Ages, and still remains timeless today. 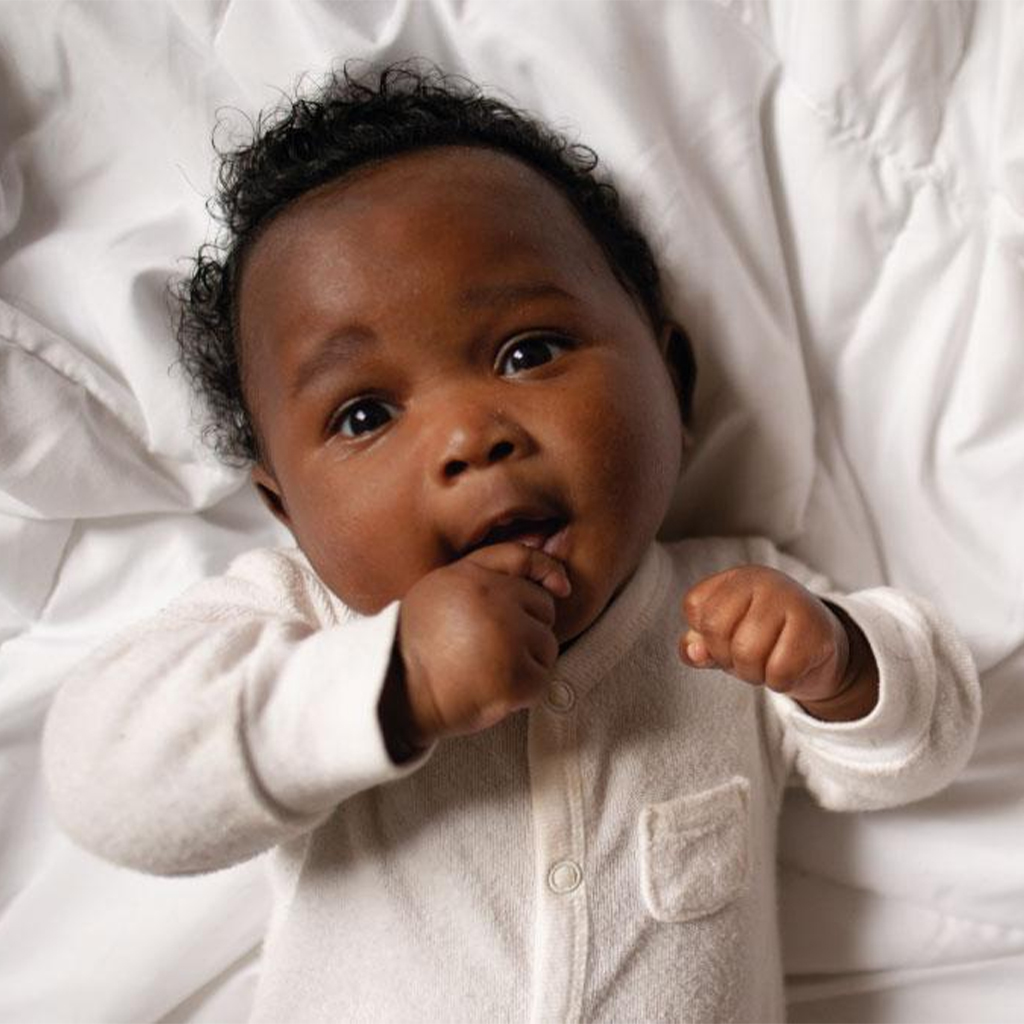 Sometimes there’s more to a name than its meaning. And Cassius, which signifies “empty or hollow,” doesn’t have the most inspirational significance, but it’s still a very vintage and popular name anyway

Meaning “wisdom,” Sophia is a girl’s name of Greek origin. It’s been popular since forever (dating back to the Middle Ages), and has different spellings, including Sofia, and derivatives like Sophie, Fifi, or Fia.

Once more common as a nickname, Betty has become popular in its own right. It’s a form of Elizabeth or Bethany, and can also be a nickname for Beatrice, too. It means “pledged to God” in Hebrew, and is one of those sweet, old-fashioned names that has seen a resurgence.