One of the most exciting and most stressful parts of getting ready to welcome a new baby into the world is finding the perfect name. Sometimes you already have one in mind that just fits and requires zero thought, but most of the time, it takes months to settle on the name that feels right. This is especially true if you’re trying to go for something more unique, it can easily feel like every name you think of is super trendy. If you’re having a daughter and looking for a name that stands out, you may want to look into short modern baby girl names for your little one. 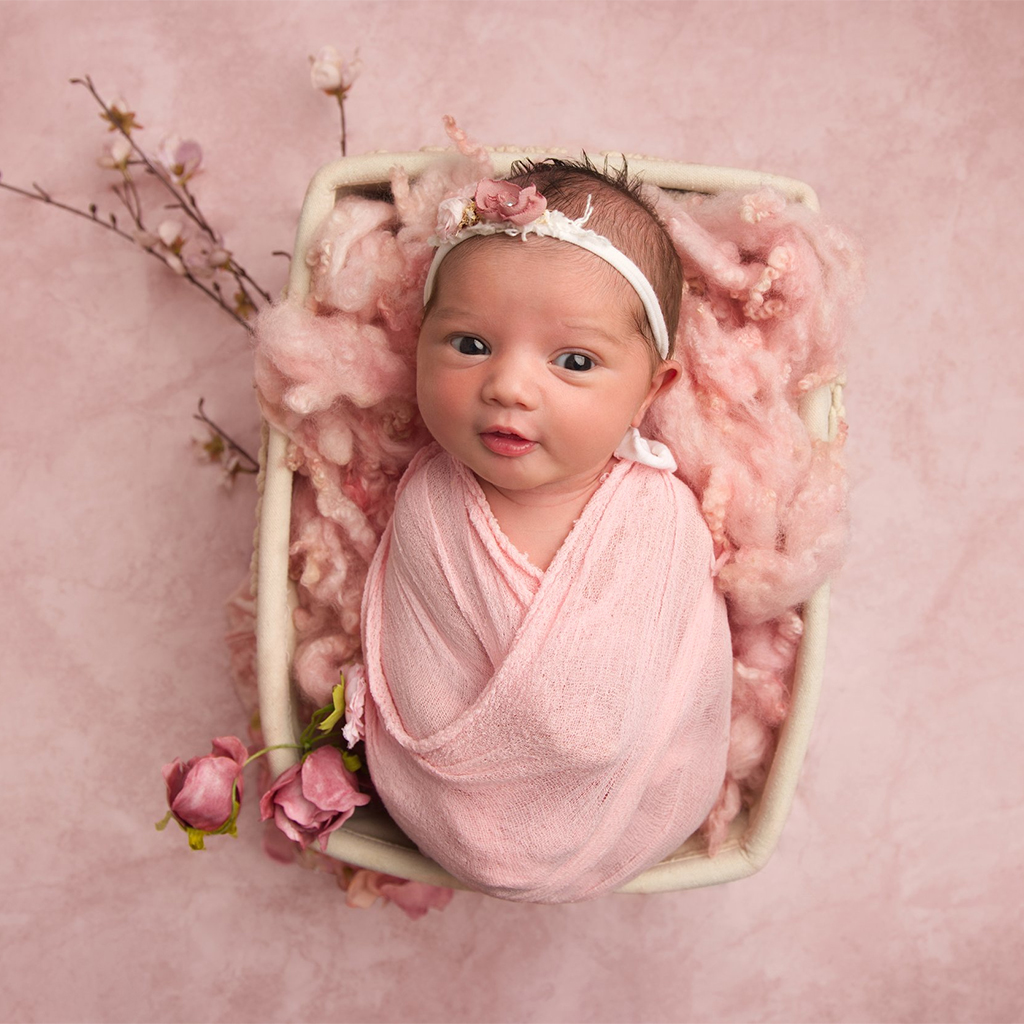 The name Faye feels pretty and different. It has French origins, and means “loyalty” and “belief,” and its English origins mean “fairy.” Considering a popular character from HBO’s Euphoria is named Faye, we wouldn’t be surprised if this one starts to become more and more popular – use it now!

Gemma feels like a cool and modern name for a girl. The Latin origins mean “gem” or “jewel,” and the Italian origin means “precious stone.” Basically, choosing this name will make your little girl feel incredibly special.

Lyla is a slight variation of the name Lila. Both are pronounced the same, but have slightly different meanings and different origins. While Lila is rooted in Arabic and means “night,” Lyla has more of an English heritage and means “island beauty.” Either spelling gives this name a mysterious air to it, along with a short, modern feel.

Olivia has been a popular girl’s name for a few years now, and if you love that name but want to go for something more unique, Olive is a great choice. The English origin means “olive tree,” and obviously everyone is going to think of olives when they hear it. Still, this name has a fun, quirky vibe that stands out.

Poppy has a Latin origin, and, of course, it comes from the name of the red poppy flower. When you think of poppy flowers, you probably think of something bright and colorful, and the name Poppy has the same connotation. 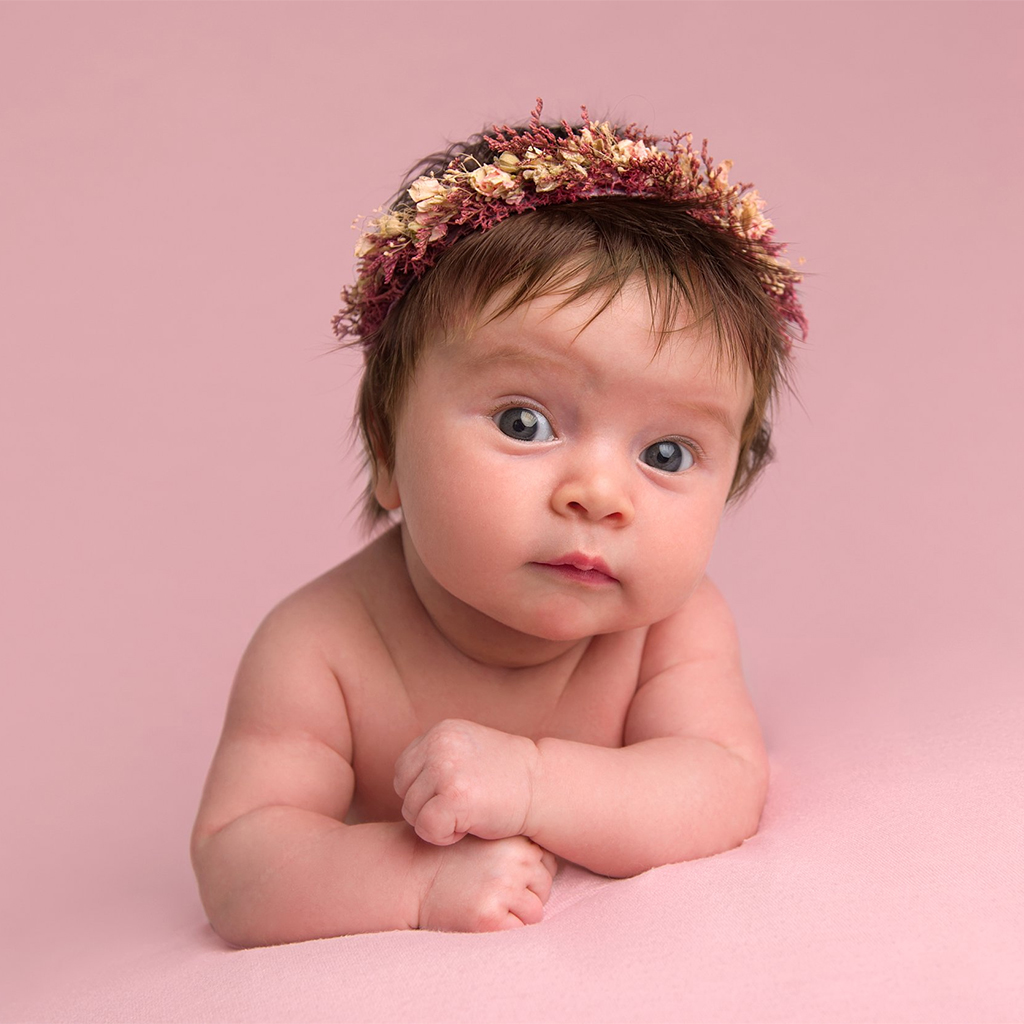 Brooklyn is a gender-neutral name that feels modern and hip. Aside from referring to the city of Brooklyn in New York, Brooklyn also has English origins and means “beautiful brook.”

Another gender-neutral name, Hadley has English origins and means “heather fields.” Hadley has a modern and sophisticated vibe to it, despite the fact that it’s been around for a while. The book The Paris Wife, which is about Hadley Hemingway, Ernest Hemingway’s wife, is one reason the name has become more popular as of late.

If you hear “Luna” and think of Chrissy Teigen’s daughter immediately, you’re not alone. But this name is so much more than just the name of a celebrity’s child. Luna means “moon” in Latin and other languages, and it just feels ethereal and so pretty.

Everly is a beautiful and feminine name, which makes the meaning kind of amusing. The English origin means “wild boar in a wood in a woodland clearing.” This sounds really random, but for ancient German people, wild boars represented strength and courage, so that makes it a bit more interesting.

Navy is an English name that means “a fleet of ships,” and obviously can also refer to the color navy, a dark blue. The name has become more popular recently, especially after popular fashion blogger and influencer Arielle Charnas chose it for her daughter. Short, spunky, and sweet, it’s a great and unique option. 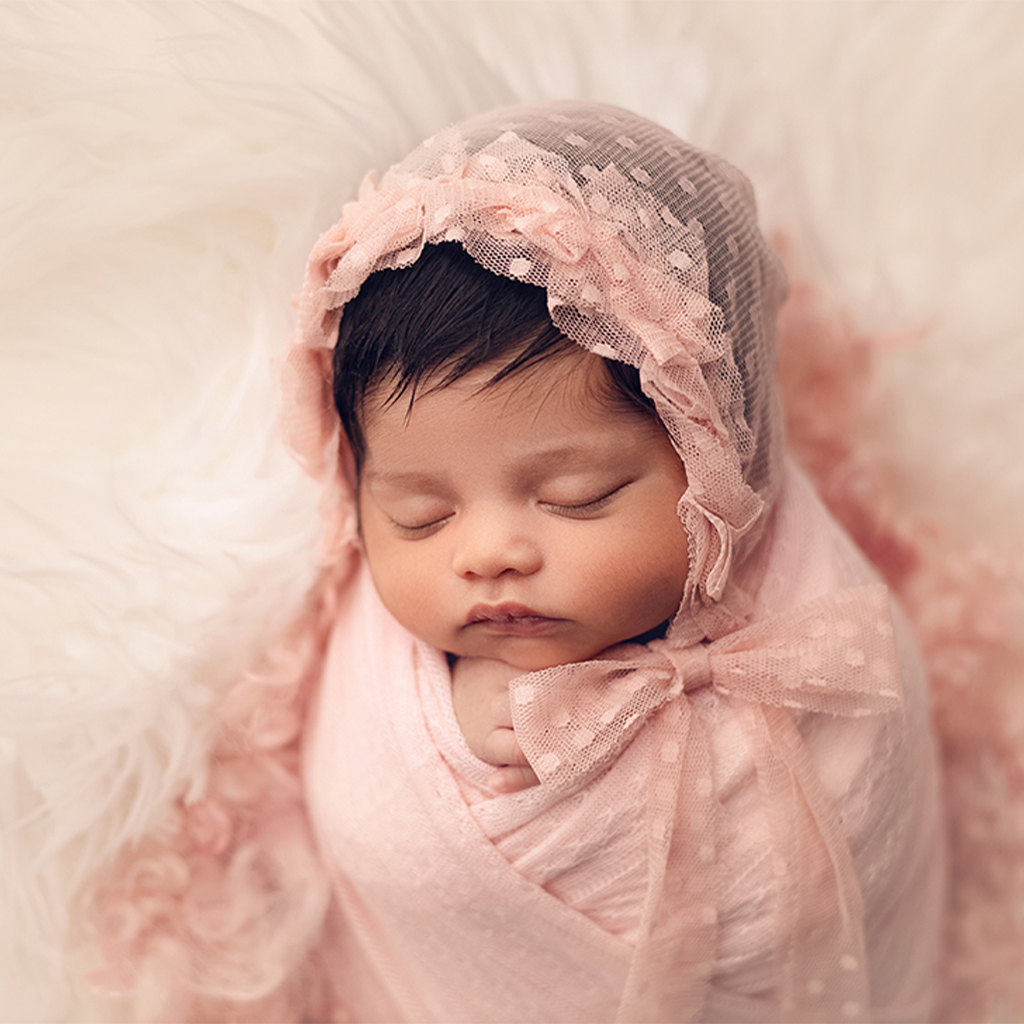 The name Mila has Spanish and Italian origins that mean “miracle,” and Slavic origins that mean “dear one.” It comes from more old-fashioned names like Camilla and Emilia, and so it ends up feeling like the more modern and fresh choice.

Pronounced like “eye-la,” Isla has Spanish and Scottish origins and means “island.” If you’re going for the Scottish heritage, it is also a variation of the name of a Scottish island, called Islay.

There are a few different meanings of Brielle. In Hebrew, Brielle derives from the name Gabrielle (Brielle feels more modern), and means “heroine of God.” It’s also the name of a seaside town in the western Netherlands. The French origin means “God is my strength.”

Remi is such a cute name that feels very modern but has many different meanings behind it. The French origin of the name means “from Rhelms” or “oarsman,” and is the short form of Oluremi, which means “the lord consoles me” in Yoruba. The Latin roots come from the name Remigius, which means “remedy or cure.”

How sweet and adorable is the name Wren? It feels delicate and feminine, and the meaning is basically the same, as it refers to a small bird, a little songbird. This is such a cute option that is definitely starting to become more trendy. 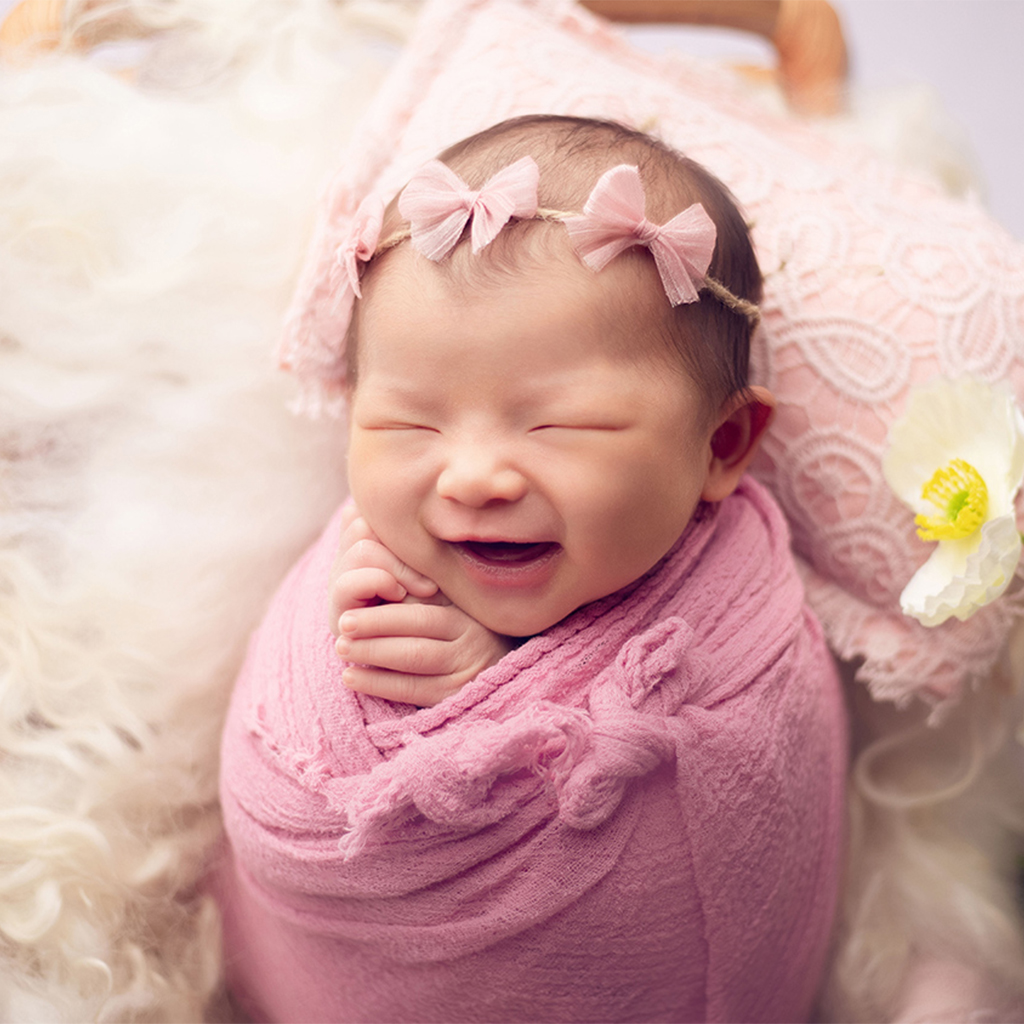 If you love the name Esme, you’re certainly not alone. It has shot up in popularity over the last few years and will likely stick around for a while. The meaning is so sweet as well: the French origins mean “loved,” and the biblical origins mean “beloved one.”

If you want to merge classic and modern, go for the name Aimee. It comes off as a variation of the name Amy, but it’s pronounced “ay-MEE” instead. It comes from the French word aime, and means “beloved,” and I love how it feels modern and old at the same time.

Briar isn’t a new name, but it still has a modern feel to it. The English origin means “a thorny patch,” and it’s kind of cool that it feels both floral and has a more bold meaning to it as well. It’s a very spunky modern baby girl name.

If you’re into names that refer to colors, Jade is a beautiful short, modern baby girl name option. The Spanish origin of the name means “stone of the side,” and it brings to mind the green stone that is said to transmit courage and wisdom.

Like Luna, Stella is another name with a celestial vibe to it. The Latin and Italian origins mean “celestial star,” and Stella has a feminine but funky vibe to it that is really just different from so many other names. 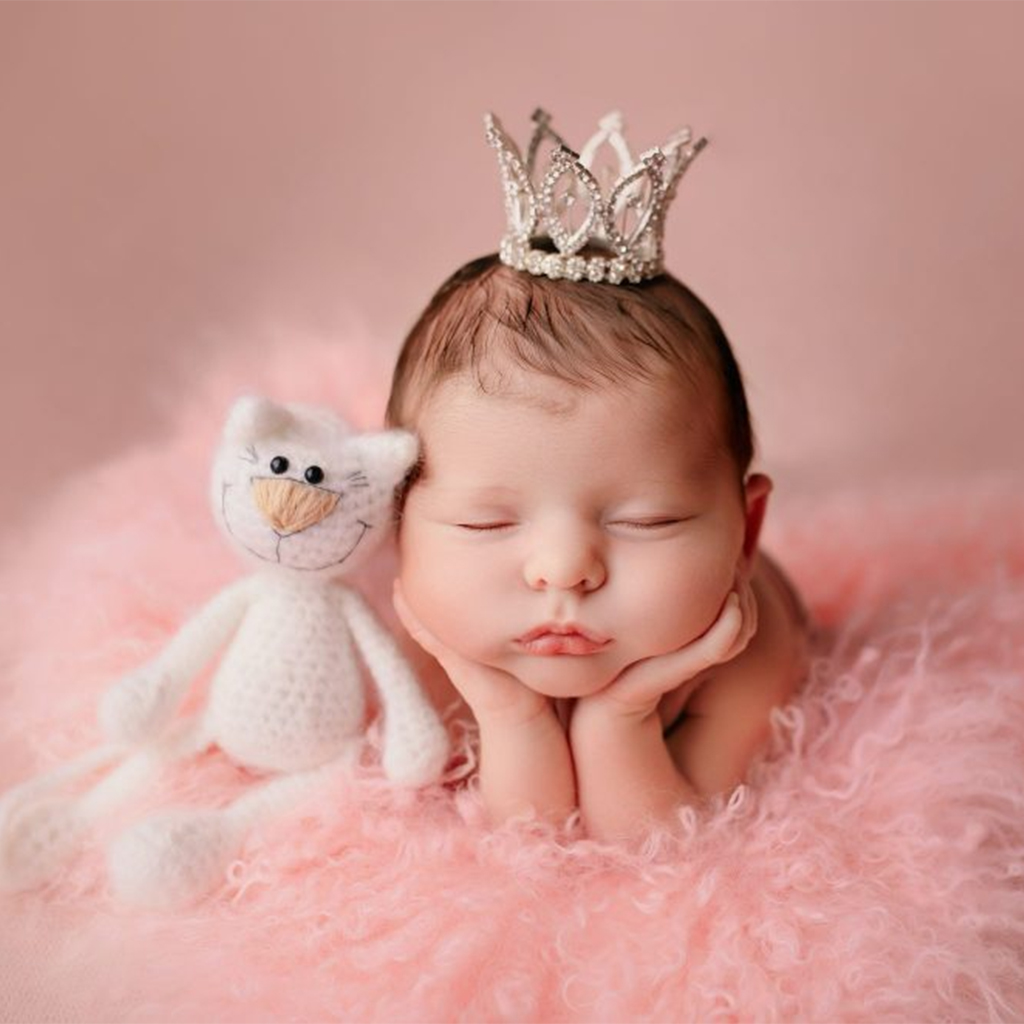 Parents looking for something particularly unique will be intrigued by Zanda, which is definitely not a name you hear often. The Greek origin means “man’s defender,” and it’s a variant of the name Alexandra. I love all of the strength and bravery that comes with the short, modern baby girl name.

It’s hard not to think of nature and the great outdoors when you think of the name Aspen, which brings to mind snowy mountains and clear blue skies. The American origin of this gender-neutral option means “quaking tree,” so this is really the perfect choice for the nature-loving family.

Evie is the Latin form of Eve, which has Hebrew origins and means “life” or “breathe.” Eve itself is a very old name (especially when you consider that, biblically, this was the very first female name ever), but Evie is definitely on the more modern side.

The short, modern baby name Charley is another gender-neutral option that is a variation of Charlie. The English origin means “free man,” and it’s fun, different, and a little spunky.

Any one of these modern girl names will leave a lasting impression. Pick them now before they start getting really trendy! More on baby names in our section here.